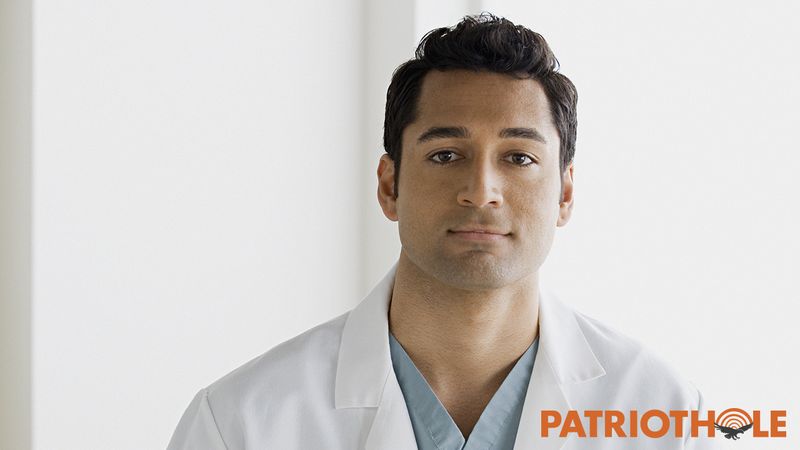 Parents, get the hose for your pregnant daughter because there’s a sexual abortion doctor out there who is impossibly chiseled and impossibly Muslim. He’s Ahmed and he wants to rile up their wombs with Islamist romance until they’re begging to have their late-term fetuses ripped out.

Look out, because steamy Ahmed is just a phone call away from your precious little girl.

Handsome Ahmed snuck over the border from Syria with his medical license, and your impregnated daughter can’t resist his gynecological seductions. One look at his swarthy chin and calloused hands, and she’ll be spread-eagle for his jihadist speculum and quivering with abortion fever. Mom and Dad, padlock the house and throw away the car before your daughter drives down to Dr. Ahmed’s pro-choice mosque.

Run to your daughter’s room, because it’s possible she already snuck her swollen womb out the window and is riding on Ahmed’s camel to romantic Niagara Falls. She’s lusting for Ahmed to tear your unborn grandchild out of her cervix and drown it in the jacuzzi at the Howard Johnson where they’re staying. Hunky Ahmed M.D. is board-certified by NARAL and going to unleash a Ramadan of destruction on your daughter’s third trimester, unless you act fast.