An Exciting New Era For ‘Jeopardy!’: A Mustachioed Baby Boy From A Tribe Of Nomads In Inner Mongolia Has Been Named As The Successor To Alex Trebek 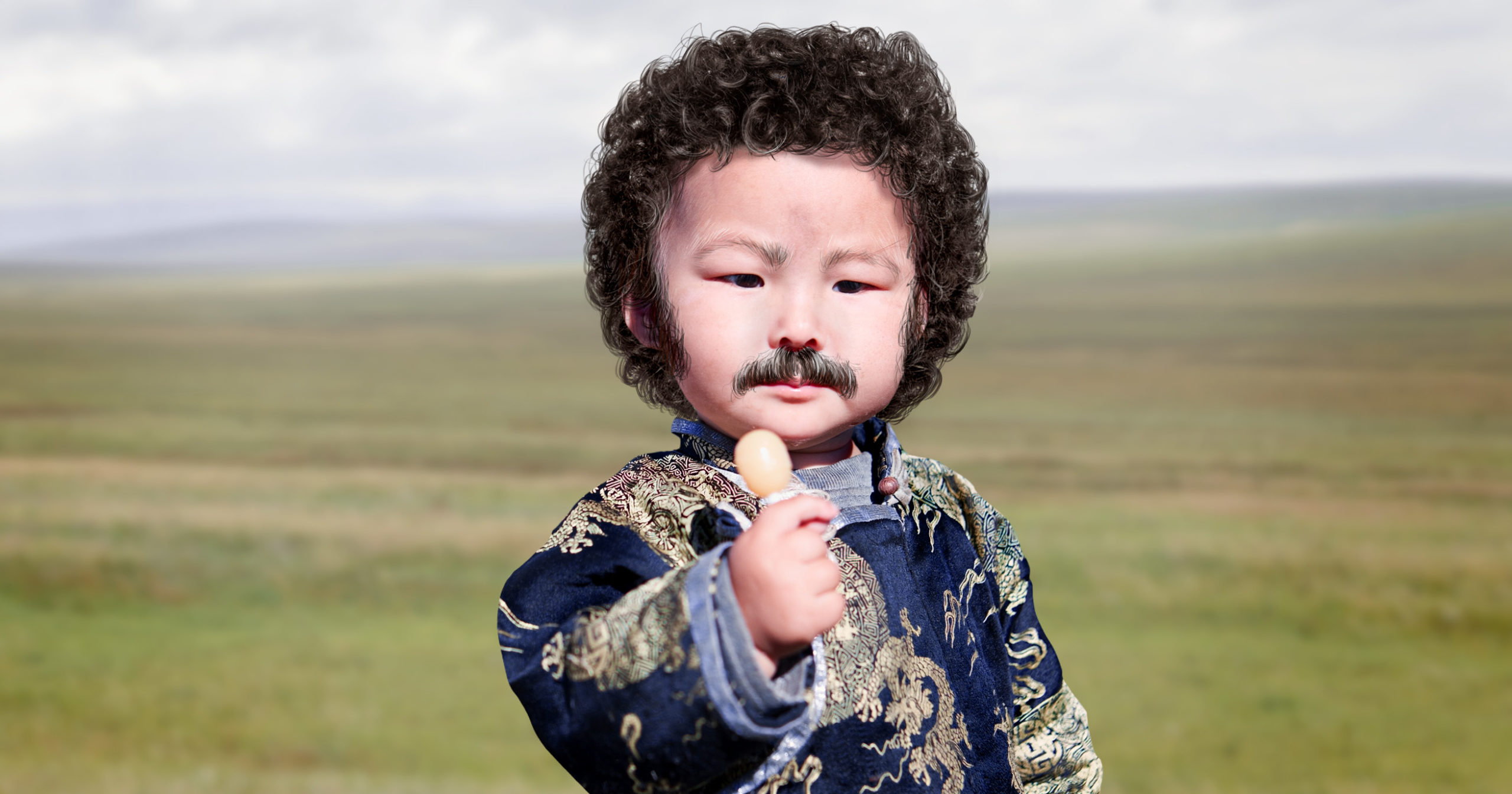 Since the tragic passing of Alex Trebek earlier this month, Jeopardy! fans have been anxiously waiting for any news on what the show’s future might hold and who might take over as host, and it looks like there are now finally some answers: a mustachioed baby boy from a tribe of nomads in Inner Mongolia has officially been named as the successor to Alex Trebek!

The quiz show confirmed in a press release earlier today that Trebek will officially be succeeded by a 15-month-old Inner Mongolian child named Temujin, who is said to embody all of the necessary hosting traits that the ancient prophets foretold. A roaming tribe of Jeopardy! producers discovered Temujin only after vetting hundreds of other children in sub-Saharan Africa and the South Pacific without luck, noting that the boy was the only child they encountered with a full-grown adult mustache. The boy was also the only child who was able to successfully identify the hidden Daily Double on the centuries-old stone game board that is traditionally used to select new hosts. The child then proved that this wasn’t just a lucky guess by correctly selecting Trebek’s signature pair of rimless spectacles from a lineup of glasses, making it clear beyond a shadow of doubt that he is indeed the Chosen One.

Though still but an infant, Jeopardy! producers say that Temujin possesses a trivia show-hosting acumen well beyond his years, navigating conversation with the practiced efficiency of someone alway prepared to cut to commercial break while humoring his visitors’ anecdotes of their long journey with a lukewarm “Good for you!”—a distinctly Trebekian response that leaves one with no doubt that the boy is truly the iconic host’s reincarnation. This assessment was only further confirmed when, upon donning the late Trebek’s spectacles, Temujin let out a beautiful wail bearing the distinct melody of the Final Jeopardy! theme song, just as was foretold throughout the ages. It was at this point that the producers signed Temujin to a lifelong contract and whisked him off to Hollywood to prepare him for his destiny.

We cannot wait to see this new era of Jeopardy! unfold with Temujin at the helm. He is clearly the rightful successor to the Jeopardy! legacy, and being possessed with Trebek’s spirit, there’s no doubt that he will be loved and adored by viewers for many years to come.