And What A Year It’s Been: Looking Back On The Best, Worst, And Weirdest Stories That Made 2014 An Incredible Year For The Internet 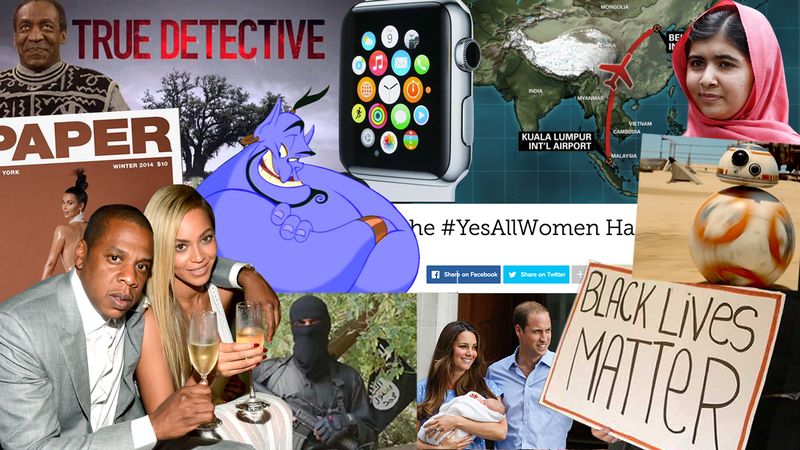 There’s no denying it—2014 has been an epic year on the internet. Here are some of the viral stories that defined the year.

Remember Boston Market Greg? He’s the guy who became internet-famous overnight when someone tweeted a picture of him eating a sandwich at a Boston Market and teen Twitter made it go insanely viral. In less than 24 hours, Greg Shamplin went from having 45 Twitter followers to over 200,000, all thanks to a bunch of Twitter teens who couldn’t get enough of this middle-aged man and his chicken salad sandwich. We love you too, Greg. Thanks for making 2014 awesome.

Oh, man, who didn’t fall in love with The Dribblers this year? What a surprise it was to see them come out of nowhere and do their dribbling right where we could see them! It was considerate, impressive, and a genuine joy for all! And don’t even get us started on their now-famous dribbling suits. One word: flawless! No one knows where The Dribblers came from or who sent them here, but we sure hope they never leave!

LOL. Remember this lady? She’s the news anchor who accidentally said on LIVE television that the news was all done happening for forever. As if she couldn’t screw up worse, she even finished the broadcast by saying, “And that’s all the news that happened, and now it’s done, and no more will ever happen again, the end, for real the end, it’s over.” Yikes. That had to be a pretty embarrassing flub for her, but the internet totally ate it up.

The Florida Couple Whose Home Went Into Foreclosure

Just when you thought Florida couldn’t out-Florida itself. Remember these crazy rednecks? They’re the Florida couple who had the brilliant idea to buy a house and live in it. Too bad they didn’t save some of those smarts to figure out a way to pay their mortgage, though, because the bank foreclosed on their house and they had to live out of their car for several months! Seriously, is there something in the water over there or what? Go home, FLA. YOU’RE DRUNK!

The big man himself turned 34 this year! Happy birthday, Arturo!

When four caves in the Andalusian province of Huelva started making really realistic vomiting sounds, the locals didn’t know what to think! The endless barf noises, which sounded incredibly authentic and human-like, continued for two months, causing disturbances to daily life in the area and prompting many to wonder what the caves were pretending to throw up at. Was it something they found gross? Were they, perhaps, trying to actually barf? The details are still unclear. One thing that is clear? Science is f***ing awesome!

“Centerfold” By The J. Geils Band

This song just never gets old!

Though pressure had long been mounting for the Irish actor to comment on serif fonts, it seemed like he was dead set against it. But Colin Farrell surprised everyone this fall when he wrote a New York Times op-ed detailing his experiences with serif fonts such as Times New Roman, Baskerville, Palatino, and many others, saying, “While serif fonts are good for academic papers and long-form writing in general, I tend to prefer sans-serif fonts on posters and title credits, simply for their boldness and definition.” This was the first time the actor had spoken on serif fonts since he publicly denounced them at the premiere of American Outlaws in 2001.

All hail Queen Bey, Queen of 2014 and Queen of our hearts!