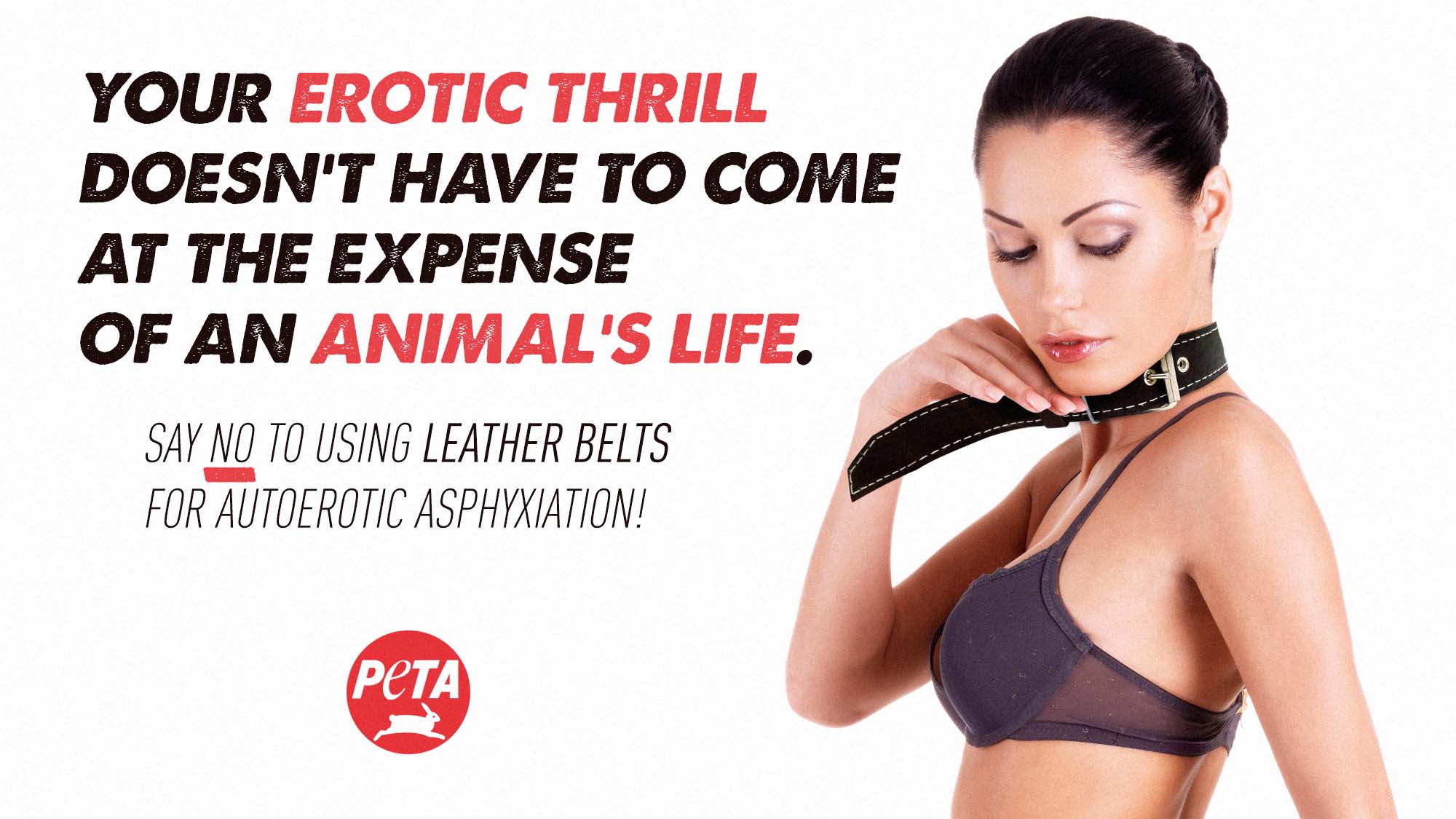 If you’re a passionate defender of animals, your heart is going to sing when you hear about PETA’s latest effort to end the use of cruel products. They’ve just launched a major new ad campaign encouraging the use of non-leather belts during autoerotic asphyxiation.

Beautiful. This is a major victory for animal rights.

In PETA’s typical edgy, bold style, the campaign’s disturbing videos feature nude men and women in various stages of undress with animal parts such as severed cows’ tails and dead snakes wrapped around their necks. With no soundtrack outside of the red-faced actors’ gasps for air and moans of pleasure, a gritty-voiced narrator asks, “If you wouldn’t kill a snake and use it to choke yourself while you jack off, why are you using a python-skin belt? End cruelty. Don’t stop an animal’s breath just to stop yours.”

PETA believes the ads could potentially steer millions away from using leather belts for autoerotic asphyxiation when they see that the ethical alternatives are just as effective, and it will be interesting to see if their humane message reaches breath-play traditionalists. Regardless of what you think of its controversial methods, you’ve got to admit that PETA is willing to do whatever it takes to protect the lives of animals everywhere!