Animal Welfare FTW: Red Lobster Will Now Send Each Lobster Down A Fun Curvy Water Slide Into A Pot Of Boiling Water 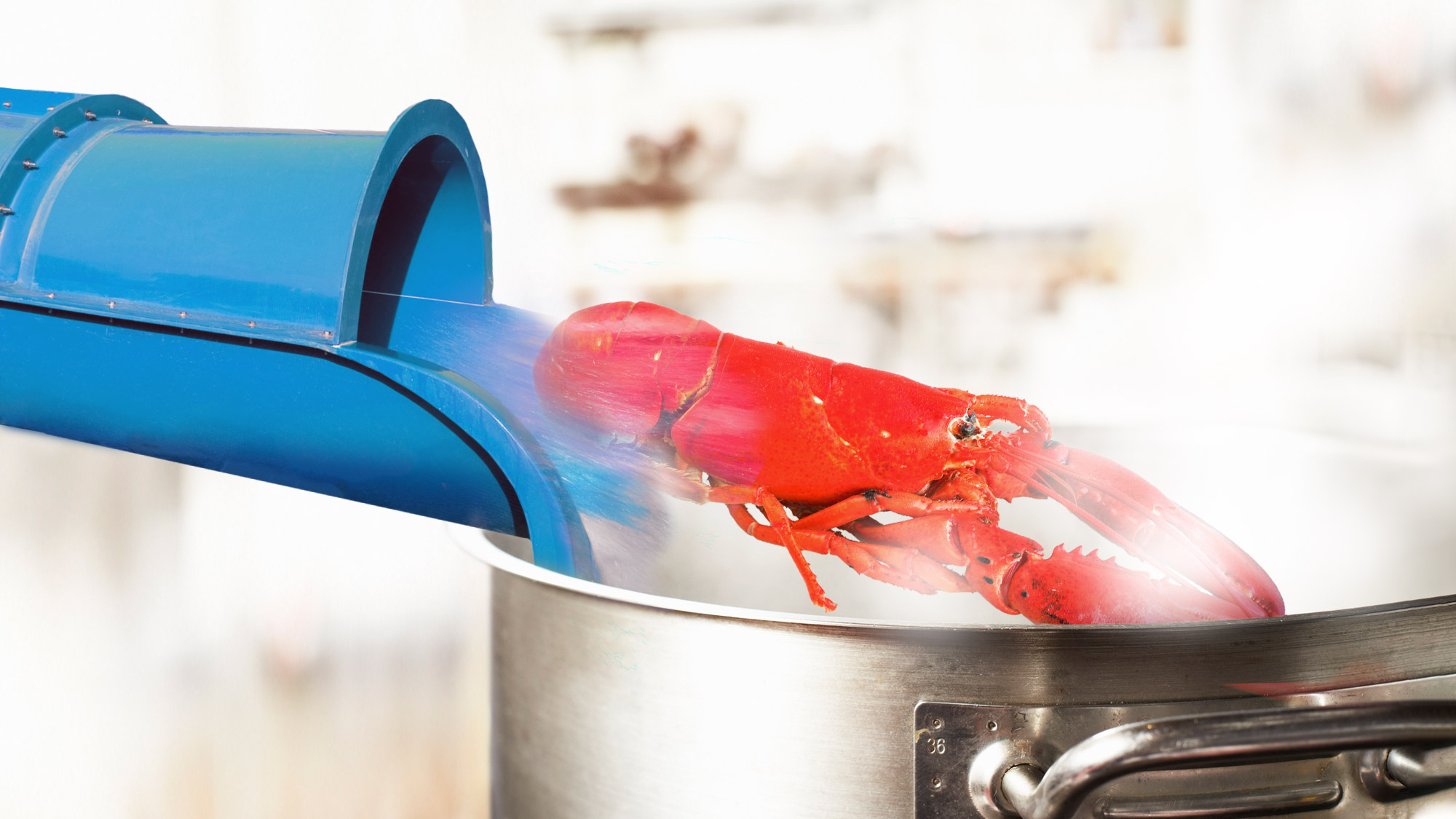 If you’re an animal lover, get ready to cheer, because one of America’s most popular restaurant chains is taking a major stand for animal welfare: Red Lobster will now send each lobster down a fun, curvy water slide into a pot of boiling water.

Red Lobster announced the new initiative earlier this week, detailing plans to outfit each of their restaurant kitchens with incredibly fun four-foot-long plastic water slides full of thrilling twists and heart-stopping turns designed to give lobsters the time of their lives before they reach the bottom and plunge to their deaths in a pot of boiling water.

“Lobsters are highly intelligent and capable creatures, and we feel it is our responsibility to honor them with exhilarating water park-style fun before cooking them,” the company said in a press release. “Moving forward, every time you go to Red Lobster, you can take comfort knowing that each crustacean we serve spent its final moments happily zipping down a waterslide in a little pair of swim trunks, blissfully unaware of what awaits at the bottom.”

Red Lobster also revealed that customers who wish to commemorate the animal who died for their meal will now be able to purchase souvenir photos of their lobster tumbling down the slide. By seeing its many legs flailing and its eye stalks bobbing as it hurtles towards its death in boiling water, customers can better appreciate the animal’s sacrifice.

Wow! What an exciting moment for animal welfare!

Major companies like Red Lobster often think more about their bottom line than ethics, so this is truly fantastic news for everyone who cares about how we treat the animals with whom we share the planet. Bravo, Red Lobster! Keep up the good work!