Are We Living In The Golden Age Of Josh’s Basement? 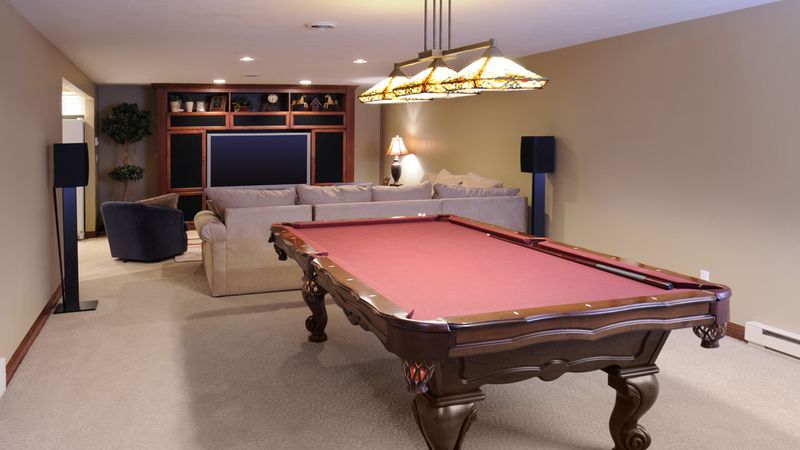 For years, Josh’s basement has basically been the main place to hang out after school. It has seen its fair share of triumphs, most notably the advent two years ago of the ping-pong table that can also turn into a pool table. Yet there is something about the current era of Josh’s basement that feels particularly special—so special, in fact, that we need to consider the exciting possibility that we may currently be living in the Golden Age of Josh’s basement.

In recent months, Josh’s basement has undergone an incredible transformation. That annoying humming that Josh’s boiler used to make has stopped indefinitely, and though it is unclear how or why this happened, it has nevertheless done wonderful things for Josh’s basement. Furthermore, Josh’s dad is out almost all the time since the divorce, so people can sneak the beer from that little fridge now, a prospect that was seemingly unimaginable even just one year ago.

One also cannot overlook the fact that Josh’s basement has more game consoles now than ever before. There was a time when it only had a Wii and a GameCube. Then Josh’s brother Jeff went to college and left behind his old Genesis. As a result, Josh’s basement has entered a three-console era, drastically altering what we thought could be possible in Josh’s basement.

The past several months of Josh’s basement have also witnessed the rise of Matt. Since Matt became friends with Josh in homeroom, he has invented no fewer than three basement games, including Pit Monster, Human Stair-Bowling, and Disaster. Ben K. has described these games as “awesome,” and all who have played them have resoundingly agreed—even Ted, who cried during the last game of Human Stair-Bowling. There is an argument to be made that the Golden Age of Josh’s basement could also be called the Matt Era, for he has truly been indispensable to this zenith of basement culture.

It is unclear how long this shining era in the history of Josh’s basement will last. It seems unlikely that it will last forever. Josh’s dad might remarry, or Josh’s brother Jeff might take the Genesis when he comes home for his internship this summer. Regardless, we must enjoy this Golden Age of Josh’s basement while we can. The good things in life are always fleeting, and time is always marching forward.