As A Woman, Watching ‘Wonder Woman’ Served As A Beautiful Reminder That I Could Probably Kill Someone With A Sword 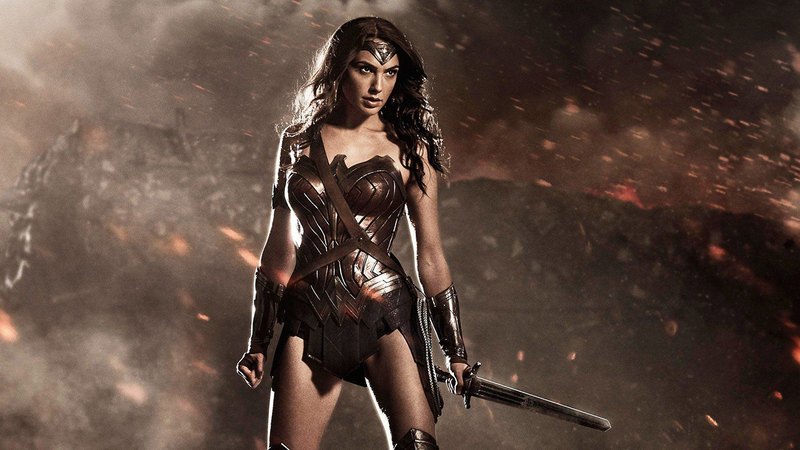 In the days since I saw Wonder Woman, I’ve had a lot to reflect on. The movie not only smashed box office earning records and featured a female director, but it also showed a powerful representation of a strong, confident female superhero kicking ass on-screen. As a woman, watching Wonder Woman was a transformative experience that I’ll never forget, because it served as a powerful reminder that I could probably kill someone with a sword.

As I left the theater, my eyes were opened to a totally new possibility: I could maybe someday stab and kill a person with a sword if I ever wanted to, and the fact that I was a woman wasn’t going to stop me.

When I saw Wonder Woman in full armor emerging from the trenches on a battlefield and killing Germans with her sword, I knew this movie would be different than any other movie I had seen before. As a woman, seeing a powerful feminine figure command the screen and shove her weapon deep within another human made me think about how swords actually don’t look that hard to use, and I could probably stab or slice someone to death, no problem. With the help of a fully fleshed-out, inspiring female character, I learned something very transformative about myself and my ability to harness the power of the blade that I, somewhere in my life living as a woman, had sadly forgotten. “I could… probably do some damage with a sword?” I thought to myself upon leaving the theater. “I could at least at least hack someone up pretty bad, if not outright kill them. Yeah?”

While Wonder Woman fought and stabbed her way through battle after battle, my eyes filled with tears. It finally hit me: I, a female, could buy a sword and kill someone with it, and that was a choice I could make. If I picked a random person on the street and just sort of swung that thing around, just like the totally kickass Wonder Woman showed me, I could probably hurt them pretty bad, if not murder them outright. These are thoughts I never had while watching a film in recent memory, and a thought that I hope empowers women everywhere.

Yes, I’ve seen men kill with swords in movies all the time, but when I looked in the mirror, I never saw Superman or Batman staring back. Now when I look in the mirror, I see myself, a proud woman holding a samurai sword looking kind of confused about how to hold it but also pretty sure she could figure it out if the urge to kill ever hit her hard enough. I wish I had this movie when I was a kid. If I had known at 10 that I could probably kill someone with a sword, where would I be today? I probably would not have killed anyone, for what it’s worth, but to know I could? That would have been priceless.

For me personally, Wonder Woman was a powerful reminder that I could stab someone with a sword. I spent my entire life not even thinking that this was a possibility, but now, thanks to this movie, I’ll never stop thinking about it. So, as a woman, I encourage every woman to see it and know that you could also probably kill with a sword. All you have to do is believe.