Avoiding Conflicts Of Interest: Donald Trump Says That From Now On, If He Tries To Access Any Of His Businesses, A Chip In Mike Pence’s Skull Will Detonate 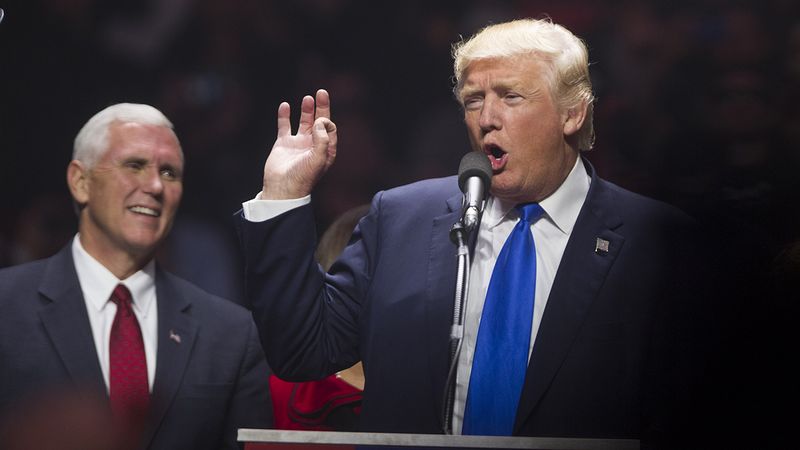 In the face of intense scrutiny regarding his presidency and his global ventures, Donald Trump has just taken bold action. Hoping to assuage public concern, the president-elect announced in a press conference yesterday morning that an explosive chip in Mike Pence’s head will detonate the moment Trump tries to access any of his businesses.

Wow. No matter how you voted in November, it’s comforting to see that Trump is finally serious about eliminating any compromising ethical conflicts of interest.

“Just to keep me completely honest, I’ve put a small chip in the base of my vice president’s skull that’s rigged to blow if I ever do anything illegal, which I won’t,” said Trump, explaining that the device will detonate as soon as it detects that Trump’s computer has logged into a Trump Organization financial account. “Now, I didn’t have to do this. Didn’t have to do it at all. But I did, I had a surgeon—world renowned military surgeon, best-in-the-world surgeon—I had him make sure this chip cannot be removed. Mike can’t take it out, I can’t take it out, the surgeon can’t take it out. If someone does—boom. Loud, loud explosion. Not gonna happen.”

Praising the chip’s technology as “state-of-the-art” and assuring reporters that “nothing is as explosive and deadly as this chip,” Trump went on to describe additional safeguards intended to ensure that Trump’s businesses don’t interfere with his political decisions.

“Let’s say the chip fails to detonate—it won’t, but let’s say it does—well, I have hired a sniper, and I won’t say who, but it is a very accurate, very loyal sniper, who is monitoring Mike Pence with orders to kill him if I ever, ever do anything wrong or illegal,” said Trump. “And I have to say this: After that sniper gets the green light to take out Pence, no one can cancel those orders, not even Donald Trump. That’s because I’m choosing to do things right.”

It’s reassuring to see Trump being so proactive about keeping the business and political spheres of his life separate. We’ll have to wait and see if this measure calms any of the suspicion surrounding the president-elect, but for now, it looks like he’s doing all he can do.