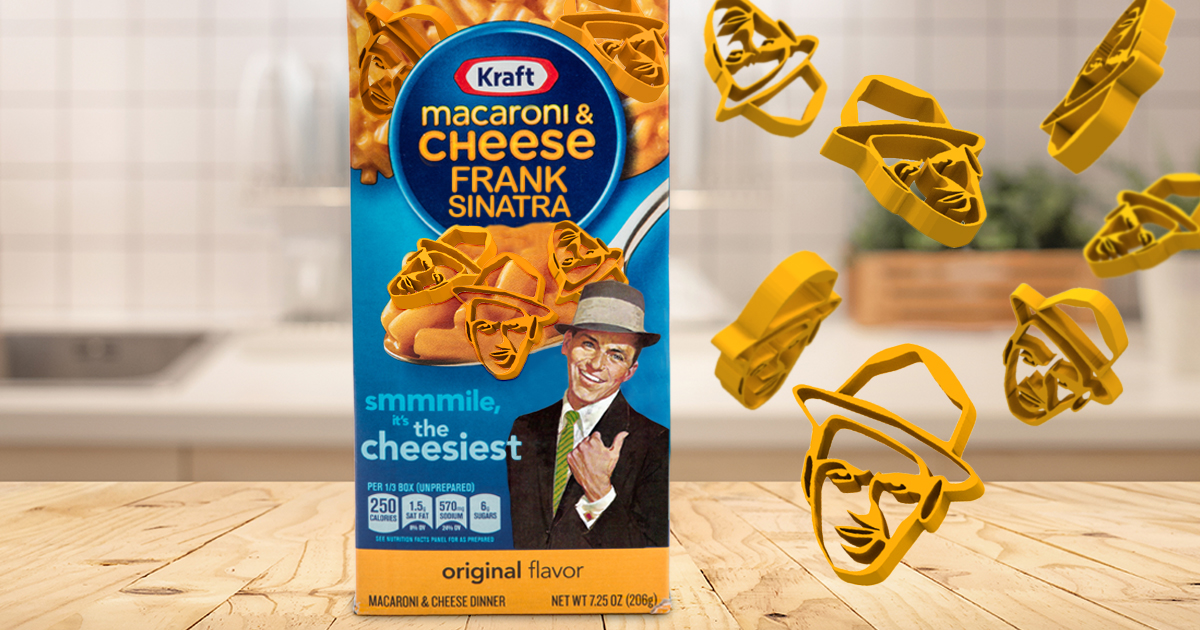 If you’re a kid aged 10 or under with one or both parents in their 60s or 70s, get excited, because one of the world’s biggest food companies is aiming to make you feel seen: Kraft is introducing Frank Sinatra-shaped mac and cheese for sheltered kids with really old parents.

In a press release, Kraft revealed that the new Sinatra-shaped mac and cheese is meant to reach a demographic of children who feel isolated by the typical Spongebob- or Paw Patrol-themed macaroni pieces, having spent their childhoods in quiet, video game-free homes with parents who were born when Eisenhower was president and exclusively watch early-color shows on MeTV. Kraft explained that these culturally inept children—many of whom have the same side-part haircut as their dads, tuck their T-shirts into their pants, and aren’t allowed to eat any junk food besides the occasional root beer-flavored hard candy from the Cracker Barrel gift shop—deserve a fun dinner treat just as much as normal kids, or perhaps even more so considering how much fun they’ve been deprived over the years, receiving only boring Christmas gifts like heavy snow globes and wooden puzzle toys, and being endlessly subjected to their AARP-eligible parents’ mind-numbing Perry Como records and dumb Baby Boomer shows like Kolchak: The Night Stalker that fall woefully short of the thrills of present-day entertainment.

“At Kraft, we believe all kids deserve to feel seen, and that means severely sheltered children too, who know more about Barney Fife than any Nickelodeon character, and whose siblings are all 10-plus years older than them because their frail parents decided to have one last child at an extremely, extremely late age,” said the press release, adding that, in focus groups, such children reacted much more positively to Frank Sinatra imagery than imagery related to Marvel films, popular YouTubers, or Peppa Pig. “The box alone will provide much-needed recreation for these under-socialized children, featuring a full-color image of friendly Old Blue Eyes himself on the front, and Gunsmoke-themed trivia questions on the back that they can use to test their aging parents’ mental acuity. With a little Sinatra in every bite of our signature cheesy goodness, eating quiet, 5:00 pm dinners with their retirement-age parents just got a lot more fun.”

Without a doubt, kids who live in musty, blue-carpeted homes filled with uncomfortable wooden furniture and spend all their free time silently drawing are absolutely going to love this Frank Sinatra mac and cheese. Why even bother forming friendships with kids your own age when your mac and cheese gives you all the companionship you need?