Awesome: Uber Just Launched A New ‘Follow That Car!’ Feature For Hard-Boiled Detectives Chasing Down Hunches In A City With Ugly Secrets Behind Every Closed Door 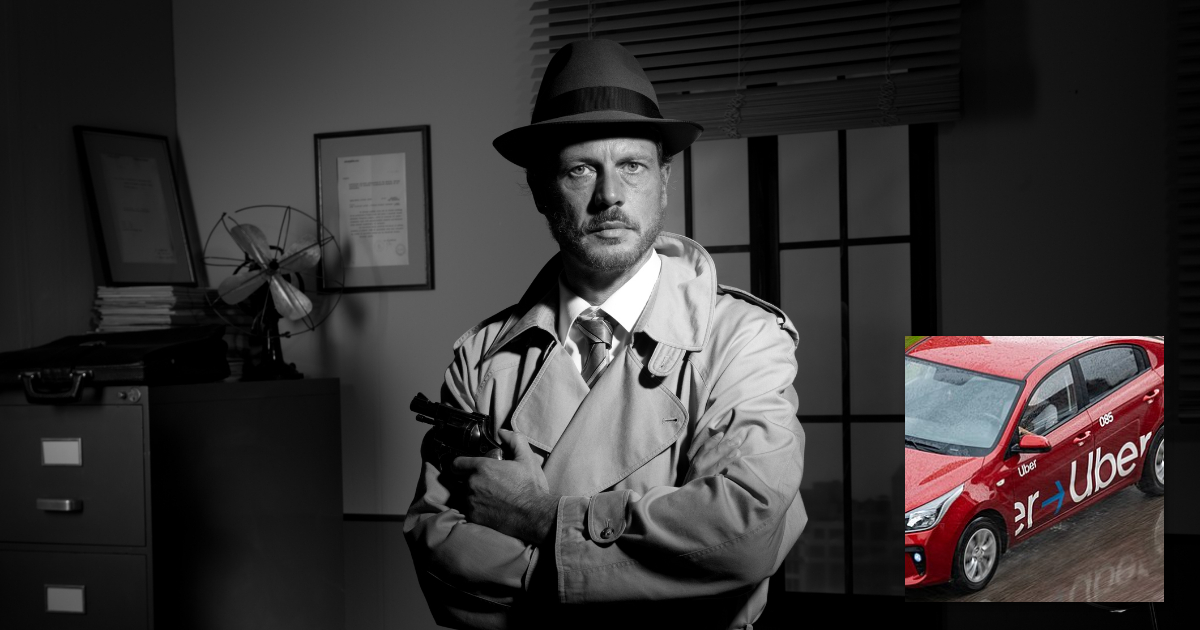 A notoriously tough profession is about to get a lot more convenient, because one of the leading rideshare companies has rolled out an amazing new feature with their unique needs in mind: Uber just launched a new “Follow that car!” feature for hard-boiled detectives chasing down hunches in a city with ugly secrets behind every closed door.

Nice one, Uber! This is going to make life so much easier for world-weary gumshoes.

As of today, a new option on the Uber app will let grizzled private investigators pay a nominal surcharge to have their drivers get the lead out and step on it after a mysterious vehicle trying to vanish back into the murky underbelly of a city where even devils fear to tread. Once detectives tick the “Follow that car!” box on their ride request, all they’ll have to do is enter a brief description of the car or simply snap a photograph of it, and their driver will take them on a white-knuckle pursuit through rain-slick streets to hunt down the answers they’re half-wondering if they even want to find. The feature is so far being tested in faceless cities where a deadly undertow of corruption churns beneath a mire of shattered dreams and broken promises, but Uber has plans to expand the service to smaller towns with wicked secrets that have a bad habit of staying kept as early as 2023.

The “Follow that car!” feature really goes above and beyond to cater to rough-edged sleuths chasing down their last, best hope to unravel how a seemingly straight-laced young med student wound up in an abandoned meatpacking plant with a missing hand and two bullets in his neck. For instance, Uber will keep a handful of drivers on standby around cold crime scenes where detectives are likely to search for clues the cops may have overlooked—whether unknowingly or on purpose. These drivers will be ready to pick up detectives the second they recognize that the scarred man from the victim’s apartment complex is watching them from a beat up Miata, and riders will have full control over their windows in case they need to lean outside with their snubnosed .38 to shoot out the tires on the escaping vehicle. Best of all, Uber’s drivers will even have complimentary snacks and electrolyte-replenishing drinks on offer in case the detective’s quarry abandons their car for a foot chase down a narrow alley in the heart of Triad territory.

Now THIS is how you take care of your customers!

Reception among hardboiled detectives has so far been overwhelmingly positive, with many praising the feature for cutting through the veil of mystery shrouding the dark heart of this concrete Gomorrah like the fiery sword of some furious avenging angel. A few have complained about surge pricing on the “Follow that car!” feature after some dame goes and kicks the beehive by asking too many questions about her brother’s suspicious disappearance, but Uber plans to alleviate this by adding a group “Follow that car!” option where costs can be split between multiple steely investigators who realize that their seemingly unrelated cases are all tangled up in a grand web of conspiracy that goes all the way to the top.

Wow, Uber has really pulled out all the stops with this new feature. Looks like Lyft is going to have to step up their game if they want to win back tireless private eyes who are on the cusp of busting this whole thing wide open!