Awkward: Margot Robbie And Saoirse Ronan Wore The Exact Same Cursed Amulet To The Oscars And Now They’re Both Floating Above The Audience Speaking A Forgotten Language 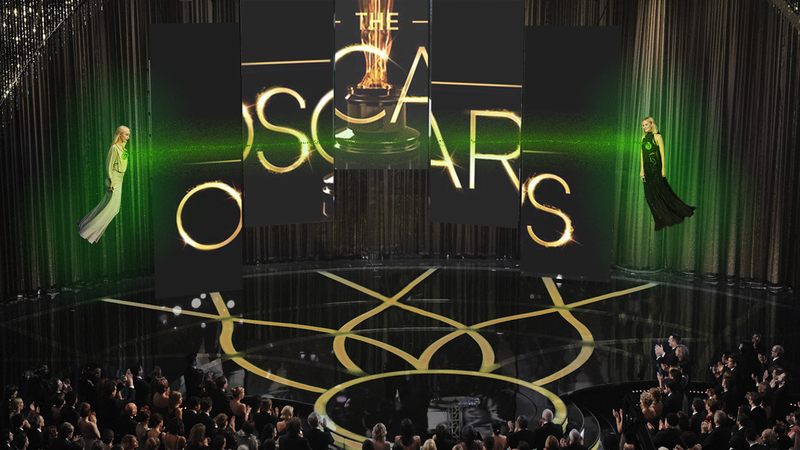 Hollywood’s elite is on parade tonight at the Oscars, but one fashion faux pas is definitely turning some heads and sticking out like a sore thumb. In an unlucky coincidence, Margot Robbie and Saoirse Ronan wore identical cursed amulets, and now they’re both levitating above the audience and chanting in the same exact ancient language.

So embarrassing. We can’t imagine how it feels to be floating in front of everyone at the Oscars in the same accursed jewelry.

When you show up to a party, you want to stand out and flaunt your unique style. It’s too bad that Margot and Saoirse are both wearing glowing pendants raided from the same Sumerian ziggurat to a snake deity, because while they were totally rocking the cursed amulets on their own, when you see them hovering next to each other 30 feet in the air shrieking the same arcane incantation, it just looks pretty embarrassing. Now instead of praising the Best Actress nominees for their incredible dresses, we’re just comparing their evil relics to see who wore it better.

Fortunately, the two leading ladies seem to have a good sense of humor about the whole thing. Rather than hold a grudge against each other, they’ve started singing an eerie harmony together that’s transforming Jimmy Kimmel into a massive python with human arms as a vessel for a dark god to possess. It’s nice to know that women in Hollywood have each other’s backs, even when their outfits conflict and they get caught chanting the same ancient spells.

At the end of the day, Margot Robbie and Saoirse Ronan are both immensely talented actresses, and whatever cursed jewelry they wear or malevolent god that cursed jewelry unleashes upon humanity doesn’t matter nearly as much as their stunning performances on the silver screen. Good for them for enjoying the Oscars despite this fashion disaster, and may the best woman win!