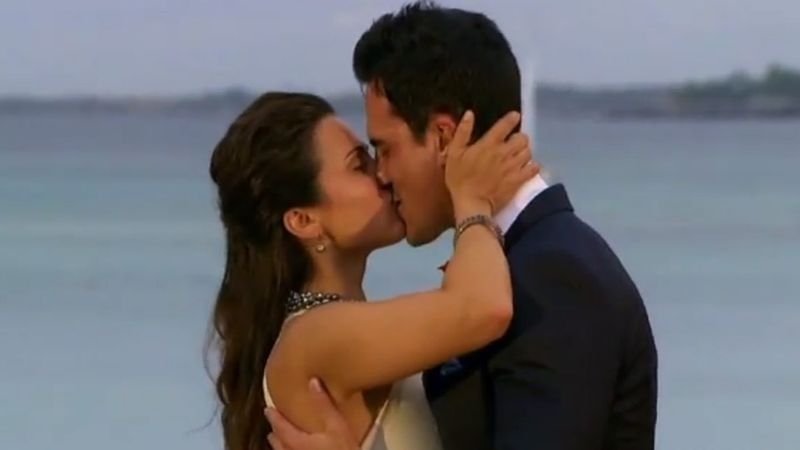 What a season it’s been! From the moment the contestants’ arrivals began, it was clear that this season of The Bachelorette would hold no shortage of surprises—who could forget Cody pushing his own limo up the driveway? But in the end, it would always come down to two contestants fighting for true love, and finally, we have a winner.

The muscular former professional baseball player stood out early, surviving the debacle of the group date to the male strip club, although he ultimately lost the date to Marcus and walked away with only two consolation kisses to show for it. But it only took one more group date for his luck to turn around, when he racked up a solid 19 kisses the very next week with a group performance of “I’ll Make Love To You” that a bemused Andi deemed more than a little kiss-worthy.

But for Josh, the road to victory was far from easy. Charming software executive Nick V. was waiting in the wings, and when he got his shot, he hit the ground running with more kisses. While Josh was fighting to stand out in the group dates, it was Nick who leapt ahead of the pack with a steamy make-out session in week 4 that judges broke down into a whopping 24 individual kisses.

Weeks 5 and 6 firmly set our finalists against each other with back-to-back solo dates that allowed Josh—leveraging the romantic atmosphere of Marseilles—to narrowly edge ahead of his fiercest rival, 42 kisses to 41. His lead wouldn’t last for long. When Nick was the surprise choice for the one-on-one in Venice over Cody, Nick made it very clear he wasn’t there to make friends. He was there to get kisses.

In the end, there could be only one.

Although both men met Andi’s family and received the blessing of her father, the unforgettable Mr. Dorfman, one final date would determine the destiny of this love triangle and how many kisses it would ultimately take to seal the deal. After a kiss-filled date with each of the remaining contestants left their kiss counts in a dead heat, the tension became almost unbearable, and the commercial break after Andi knocked on Nick’s door felt like an eternity.

But ultimately, she was not there for kisses, but to say goodbye, creating the opening Josh needed to propose to Andi—and to seal the deal with the kisses he needed to win (and then some). Final tally: Josh M., 108; Nick V., 93.

Last night’s finale might not be the ending everyone was hoping for, but after all, love makes the rules, and the contestant with the most kisses wins.