Bad Game Design: This Incredibly Lifelike Simulation Of New York City Is Ruined By The Unrealistic Presence Of A Spider-Themed Crimefighter 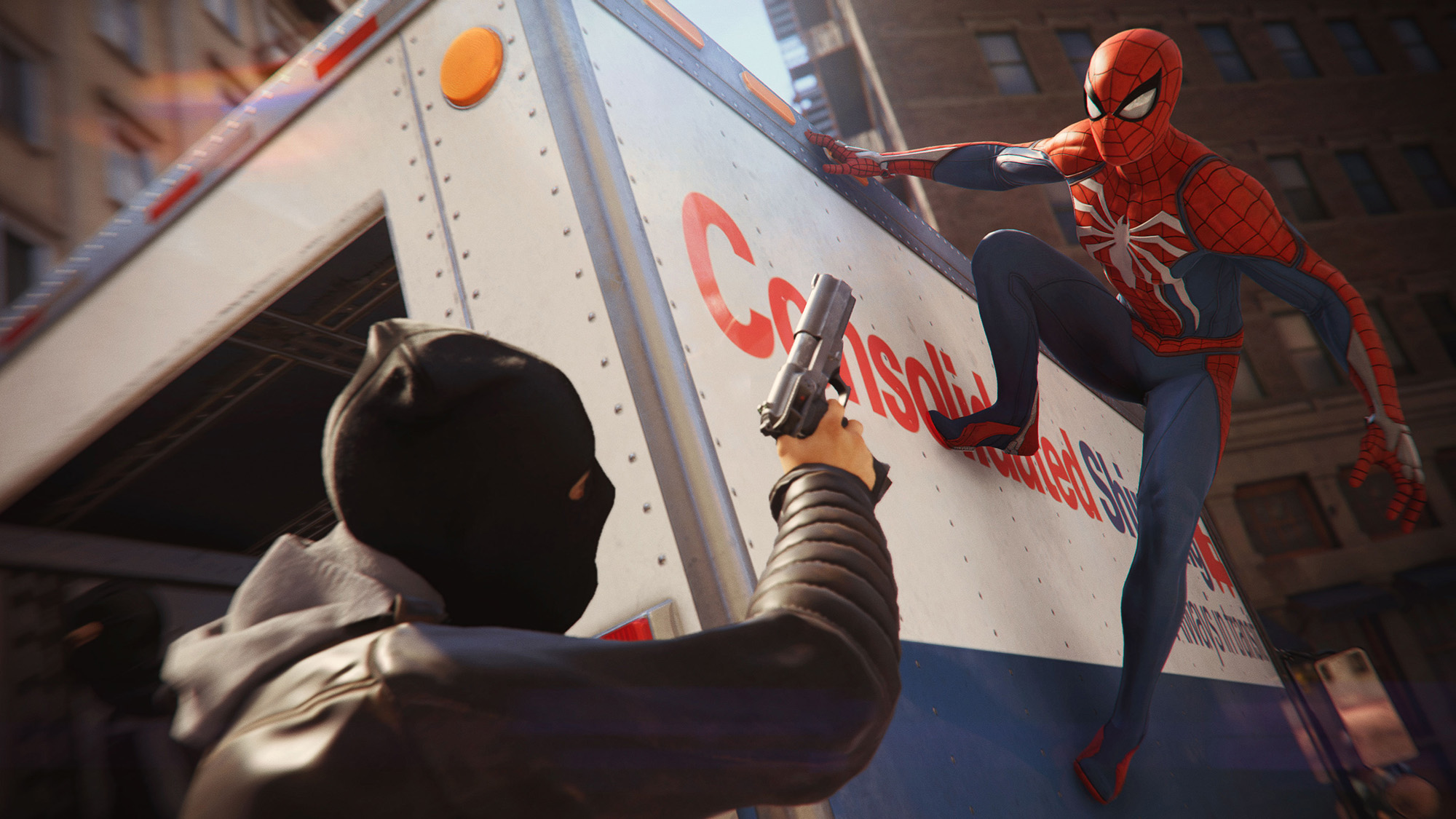 One of the most anticipated games of the year just arrived on the PS4, an open-world exploration game that allows you to sightsee around New York City. The game’s vast detailed re-creation of the Big Apple is incredible, but sadly ruined by the game’s completely unrealistic addition of a spider-themed crimefighter.

The unfortunately titled Spider-Man is a glimpse of a potentially great city tourism game, rendered completely unplayable due to the main character being a far-fetched costumed maniac that can magically walk on walls, completely destroying any sense of immersion.

That’s a real shame, because walking through the streets of the game’s virtual New York City is an amazing spectacle at first. The landscape is dotted with iconic NYC landmarks like Times Square, the Empire State Building, Avengers Tower, the Flatiron Building, and One World Trade Center—all of which make you feel like you’re really walking the streets of Manhattan. Then suddenly that illusion of realism is shattered when your character begins leaping around hundreds of feet in the air, ending the fun by reminding you that you’re a supernatural, spider-obsessed lunatic, unlike anyone who actually lives in NYC.

We wish we could recommend Spider-Man, because underneath the preposterous rope-shooting and absurd wall-crawling, there’s a really fun game here about taking a walk in a hyper-realistic Manhattan and admiring the well-researched, meticulously detailed architecture. Hopefully a patch will remove the fantastical spider idiot the game forces you to play as, and replace him with a realistic character like an office worker or a tourist. Until then, steer clear of Spider-Man and its grossly untruthful depiction of New York City.