Barely Even Registers: President Trump Just Revealed That His Tongue Is Long Enough To Comb His Hair, But It Got Lost In All The Other Crazy Trump News From Today 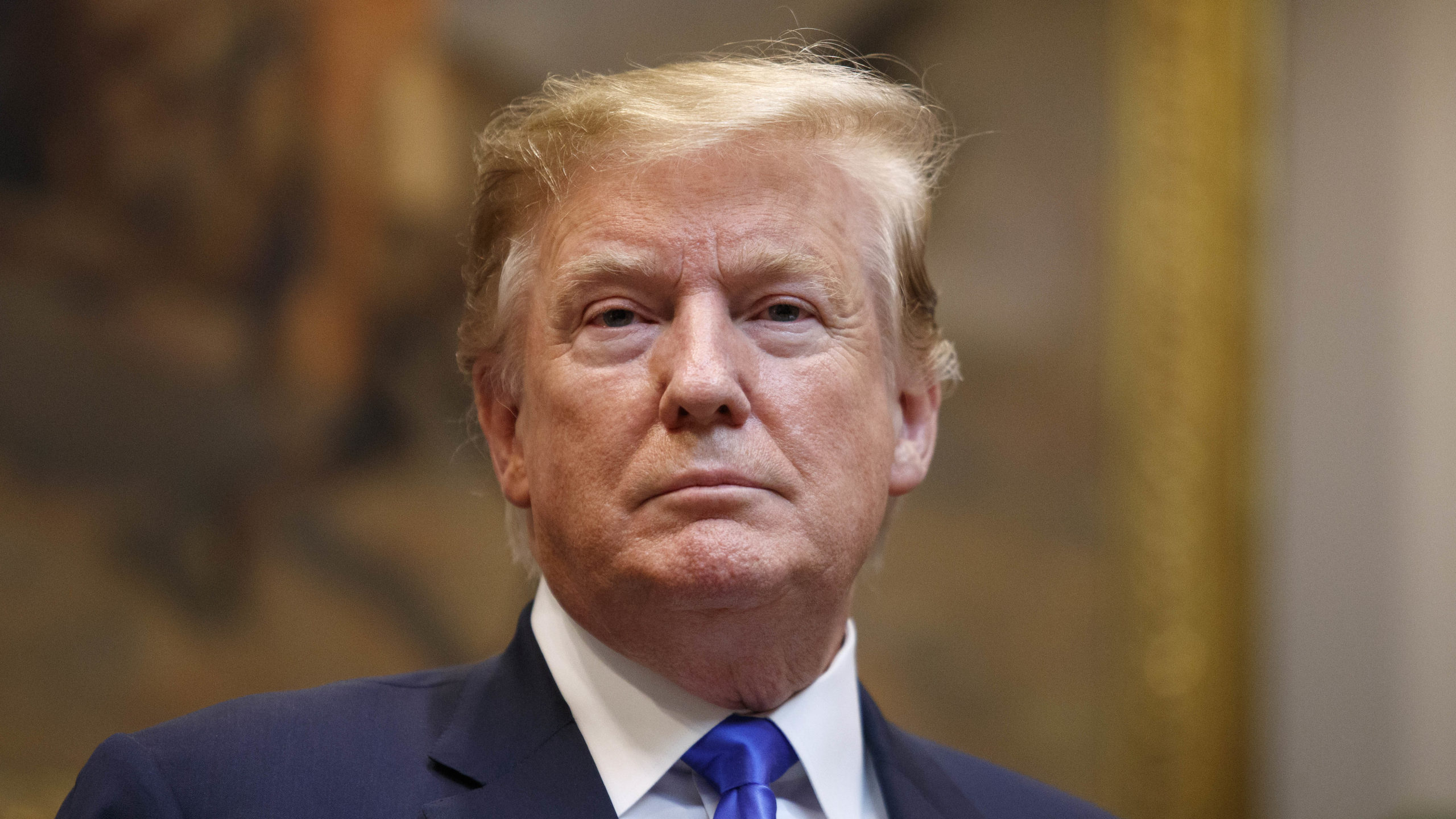 At this point in the Donald Trump presidency, new controversies spring up so frequently that hardly anyone’s ever surprised anymore. But here’s a troubling sign of just how numb America has become to the endless chaos in the White House: Mere hours ago, President Trump revealed that his tongue is long enough to comb his hair, but there’s so much other crazy Trump news going on right now that it seems to have gone almost entirely under the radar.

Yep. When the most powerful man alive divulges that his tongue is as long as a skateboard and not a single publication considers it newsworthy, you know we’re living in truly crazy times.

Whereas in past administrations, harmless blunders and verbal slip-ups have generated days of media scrutiny, the shocking moment at a campaign rally earlier today when president Trump announced he can comb his hair with his tongue has yet to be covered by a single mainstream news outlet. Though numerous videos of the president boasting of his incredibly long tongue and then extending it out of his mouth to tousle his hair have surfaced on Twitter, it has thus far failed to merit any coverage whatsoever by major newspapers, whose reporters already have their hands full with Trump’s morning admission-by-tweet that Russia helped him get elected, Robert Mueller’s refusal to clear Trump of criminal wrongdoing, and numerous other consequential developments involving the current administration that have emerged today. Had President Obama or Bill Clinton reeled roughly 18 inches of tongue out of their mouths and let it flop about on their shirtfronts like dead eels before thousands of cheering supporters, there would’ve been weeks of sensational front-page write-ups and heated talk show debates about the slobbery appendage’s significance in the macrocosm of American politics. Yet in 2019, such a story doesn’t warrant a two-line blurb on the AP newswire.

While you’d certainly expect Fox News to turn a blind eye to an unflattering Trump story like this one, it’s stunning that not even publications on the far left could be bothered to hammer out a single measly blog post about the leader of the free world stretching his abnormally long tongue out in front of him and twanging it like a banjo, then making multiple crass comments about how Bernie Sanders and Joe Biden both have very small and weak tongues. But this is a perfect example of how Trump twists the news cycle to his advantage. If you consider the days of breathless media outrage generated by Obama’s tan suit gaffe, then it stands to reason that people would pay attention to Trump proudly declaring, “I have a tongue as long as a 4-year-old boy and I use it to wet my eyeballs,” before proceeding to lick his own pupils to a raucous standing ovation. But nope. Political reporters just have bigger fish to fry these days, and legitimately newsworthy moments like this get lost in the noise.

And that’s how Trump likes it.

However, even if the mainstream media had called attention to Trump’s long and medically worrisome tongue, it hardly would’ve mattered as the White House simply would’ve dismissed the coverage as fake news and Fox And Friends would’ve just finagled it into a story about Hillary’s emails. It’s just yet another reminder of the strange reality that is Trump’s America, where the only political norm is an absence of norms, and bedlam reigns supreme.