Beautiful: This Car Salesman Shaved $1,000 Off The Sticker Price Even Though It Wasn’t Going To Win Him Any Friends At The Regional Office 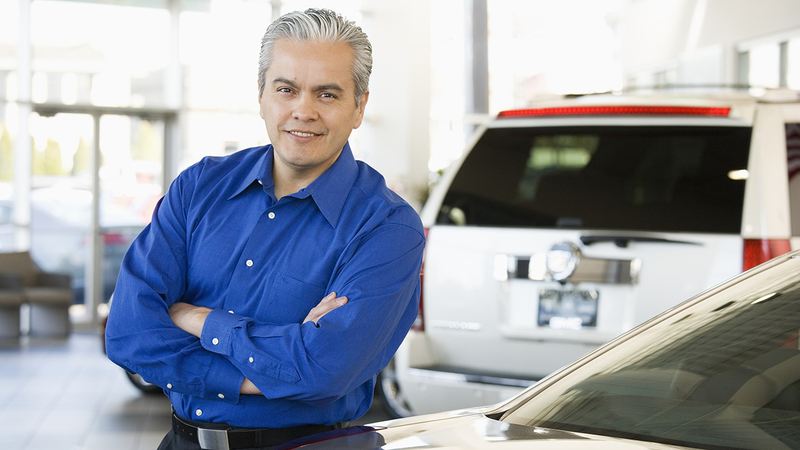 Purchasing a car can be incredibly stressful, but thanks to one incredibly generous car salesman, Wendy Stanton’s experience was made just a little bit easier: Doherty Auto Source sales rep Sean Hoyt was kind enough to take $1,000 off the sticker price of the car that Wendy was interested in, even though it wasn’t going to win him any friends at the regional office.

What an incredibly selfless gesture!

Even though Sean’s manager definitely wasn’t going to be happy about it, the charitable salesman risked his name and reputation to give Wendy an amazing deal on the 2008 Subaru Outback she’d been eyeing. What’s more, this wasn’t something that Sean would do for just anyone. It just so happened that he’d gotten a good feeling from Wendy the moment she first set foot on the lot, which inspired him to take a second look at the price and see what he could do.

Wow! What are the chances of that? This beautiful moment was truly meant to be!

This car is no lemon, either. It is a fully certified pre-owned vehicle, and the interior has been refurbished by the dealership, entirely at the dealership’s cost. On top of everything else, Sean generously included six free months of satellite radio for Wendy to enjoy in her new car. The charitable salesman’s incredible gesture is even more amazing when you consider that, had Wendy gone to the lot down the street, she would have been totally jerked around and upsold on features she would never use.

Of course, Sean had little choice but to offer Wendy a once-in-a-lifetime deal on a beautiful vehicle, because he was up against quite the negotiator. It was clear from the get-go that Wendy really knew her stuff, and she’d even appeared ready to walk off the lot without buying anything at all if she didn’t get the deal she was looking for. With skills like that, she probably should have been working on Wall Street, because she got Sean to knock a full thousand dollars off the Subaru’s sticker price, even though that money was coming straight out of his paycheck.

Not looking to brag about his good deed, Sean also asked Wendy to keep the details between the two of them, because if the other guys knew what he was letting her drive that car off the lot for, they would never let him hear the end of it.

Amazing. What a beautiful moment. Talk about going above and beyond. Faith in humanity restored!