Beautiful: When This Couple Found A Starving Baby Deer In Their Yard, They Nursed It Back To Health Until It Was Plump Enough To Eat 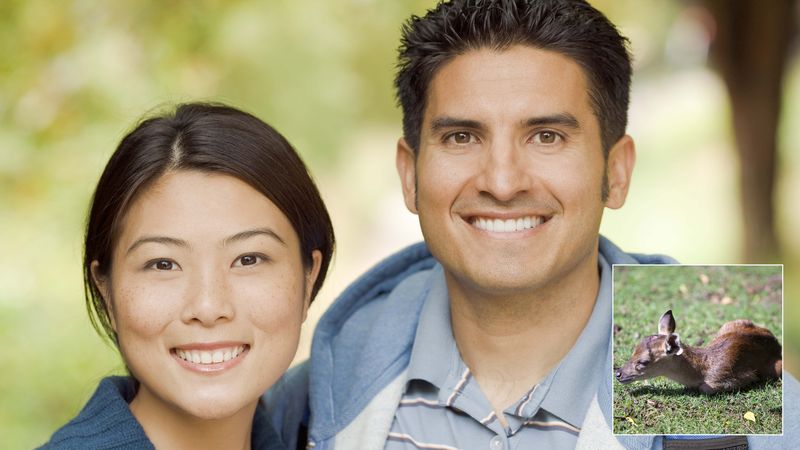 Sometimes, the saddest stories have the happiest endings.

When Tulsa, OK residents Jeannette and Steve Romano left their house last month, they never could have predicted what they’d find. Abandoned by its mother, a 2-week-old baby deer had stumbled into their yard, almost too weak to walk. At first, things seemed hopeless for the starving fawn, but that’s when the young couple decided to do something amazing: They immediately sprang into action and nursed it back to health until it was plump enough to eat!

When they first found the terrified fawn, she weighed only 3 pounds, but with a combination of rest and special feed, she put on weight fast, and soon enough, she was almost ready to be turned into a delicious venison treat. Jeanette and Steve started feeding her animal formula, then deer feed, and they even set up a bed of blankets on their sunporch so the young deer could rest its tasty muscles. After a few weeks, she wasn’t just healthy—she’d been fattened up enough to make anyone’s mouth water!

Check out how delicious she became:

Wow! You can just imagine that perfectly marbled fat; those tender haunches; those juicy, meaty thighs. It’s hard to believe that a fawn who was literally starving just a few weeks ago is now practically begging to be made into a giant stew or roast. Plus, not only did she catch up to the weight of other deer her age, but she has the potential to become one of the most succulent cuts of venison Jeanette and Steve will ever eat!

The world would be a better place with more people like the Romanos in it!

Well, this is definitely the kind of story that reminds us that hard work really does pay off. What started as a small act of kindness has blossomed into a feast this couple will never forget. Good job, you two!