Becoming Presidential: Officials Say That Trump’s Japanese Geisha Character Was More Respectful Than Usual When He Showed It To The Japanese Prime Minister 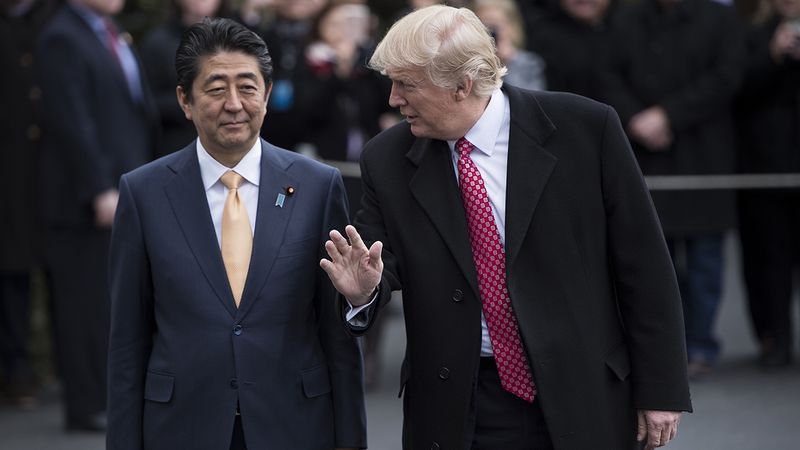 After committing a series of diplomatic missteps in his first few weeks in office, it seems like President Donald Trump is making a real effort to improve his relationship with foreign leaders. During Japanese Prime Minister Shinzo Abe’s recent visit to America, sources say that Trump performed a more muted and respectful version of his geisha impression to avoid offending Japan.

It took a while, but it finally seems like Trump is realizing the value of diplomacy.

In striking contrast to the exaggerated, almost cartoonish persona of his typical geisha character, Trump only fluttered a single silk fan for Abe and did not alter his accent as drastically as usual. The president also completely omitted the notorious “Sushi Restaurant” sketch he likes to perform in character, drawing cautious praise from Washington insiders for showing uncharacteristic restraint.

Some analysts have speculated that level-headed advisors like James Mattis or Reince Priebus may have encouraged the president to tone the geisha act down a little while the two leaders were golfing at Mar-A-Lago. Indeed, in a welcome sign of growing maturity from the commander-in-chief, Trump refrained from squinting and limited his bowing to just a few times per minute, a major pivot from earlier iterations of the character.

Eyewitnesses also noted that the lyrics he sang to accompany the geisha’s Kimono Dance seemed to have been entirely rewritten since Trump’s performance of a far less sensitive version of the dance in 2015, shortly after he announced his candidacy—a shrewd act of realpolitik that acknowledges that impersonating geishas is a sensitive subject for Japan, while also achieving Trump’s goal of performing a geisha impression.

Whether it was Trump’s idea or someone else’s to dial back the geisha two notches, it’s good to know that adults are now running foreign policy at the White House.

What’s more encouraging is that this savvier approach to diplomacy seems to be here to stay. During Canadian leader Justin Trudeau’s visit to the White House on Monday, Trump kept most of the changes to his geisha performance, including the smart decision to twirl a parasol decorated with a dignified cherry blossom pattern instead of the original tentacle porn–themed umbrella.

Whether you support Trump or not, you have to give the president credit for making such a wise improvement to his geisha character. Kudos!