Before We Work On Virtual Reality, We Need To Figure Out Why Bowling Pin Machines Still Knock Down A Full Set Of Pins When The Previous Bowler Got A Zero 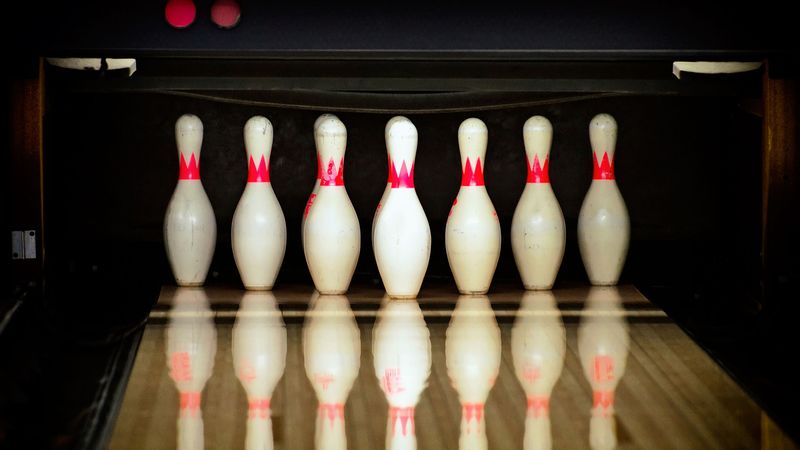 Tech companies are doubling down on virtual reality, with just about every major player racing to put their headsets in the hands of consumers. This new technology is already a crowded field, with contenders like Facebook’s Oculus Rift, PlayStation VR, Microsoft HoloLens, and Google Cardboard, among others. Still, I think that before we pursue further advancements in virtual reality, we need to focus on figuring out why bowling pin machines knock down a full set of pins when the last bowler got two gutter balls.

I don’t deny that it would be thrilling to strap on a pair of goggles and get transported to a breathtaking virtual world, but shouldn’t we first ask ourselves why bowlers have to wait for the machine to knock down 10 perfectly placed pins, then reset them exactly where they were? It makes no sense, and quite frankly, it’s a problem that demands a solution.

The most perplexing thing is that this seems like an easy problem to solve. Bowling alleys already track how many pins players knock down, so it would be a relatively simple coding challenge to instruct the machine to leave untouched pins alone. The engineers at Oculus Rift could probably bang out the software in an afternoon, then go right back to working on virtual reality.

Bowling alleys already track how many pins players knock down, so it would be a relatively simple coding challenge to instruct the machine to leave untouched pins alone.

Of course, I’m interested in concepts like augmented reality, where we can insert virtual elements into the real world. But to me, all of this is worth exactly bupkis if I still have to stand there like an idiot waiting for the bowling lane to reset all 10 pins I just failed to knock down. With the amount of time wasted annually standing around while a machine engages in this utterly meaningless task, we could probably double, if not triple the rate at which we’re developing virtual reality.

I know some might argue that these innovations aren’t mutually exclusive. They might say that we could use virtual reality to create a new world where all bowling pin machines, regardless of when they were built, understand that two gutter balls in a row means there’s no need to knock down all the pins that are still standing there. Perhaps, in this world, no time is wasted, and everyone is more efficient.

I believe that we shouldn’t settle for a blissful artificial reality. We should want more for ourselves, right here and right now. Yes, virtual reality will be amazing, but that doesn’t mean we should ignore problems in the real world. We shouldn’t have to choose. If tech companies act responsibly, we can enjoy both VR and bowling that’s free of pointless pin reset delays, and that’s a future I’m looking forward to.