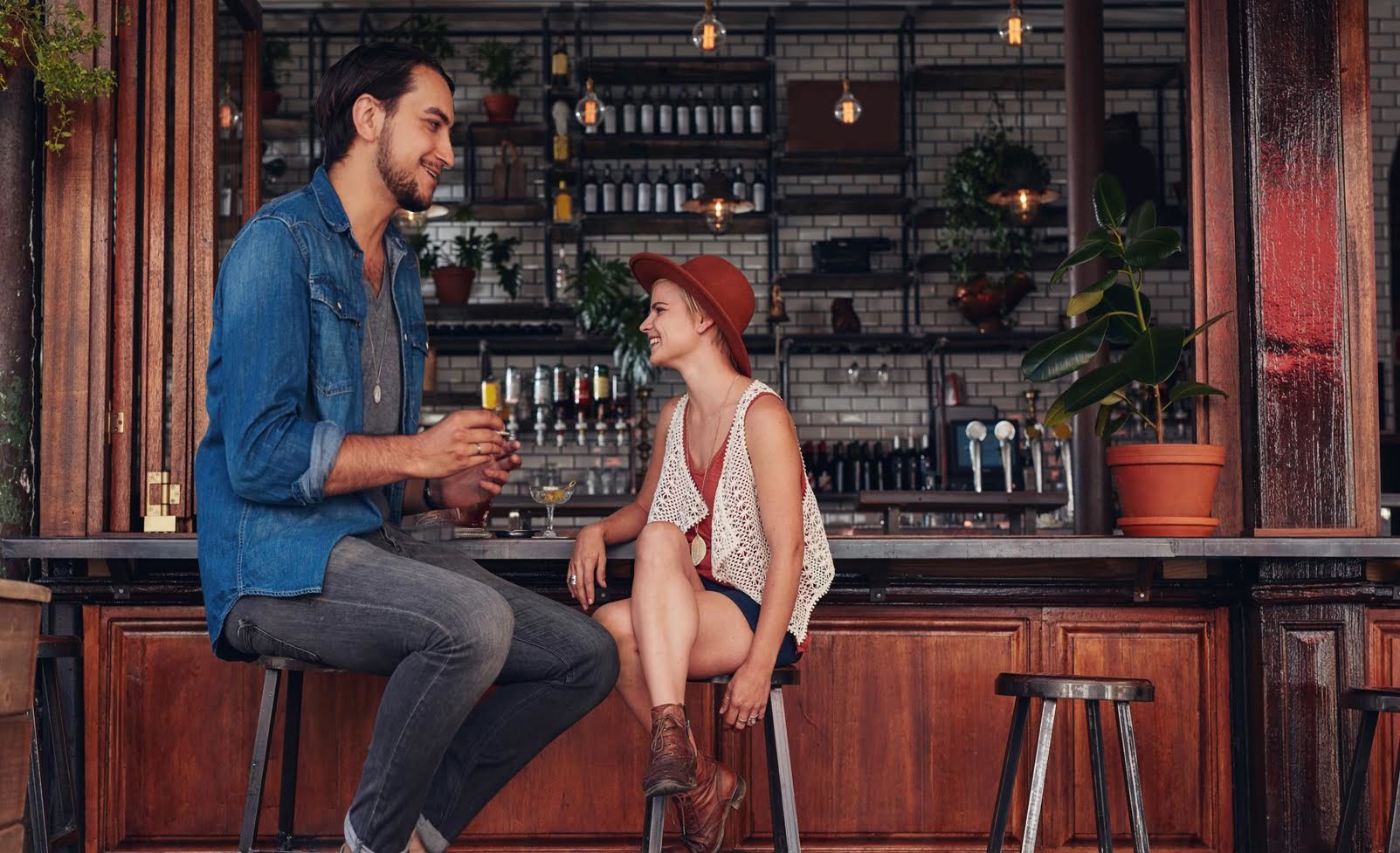 We are so done with men lying about their height on dating apps, but unfortunately it doesn’t seem like the trend will go away any time soon, as here’s yet another story of a man fudging the truth about his appearance: This man on Tinder claims he’s six feet tall when in reality he’s well over 13 feet tall.

Seriously?? That is such a blatant lie. Just own up to it, man.

Lily Caplan of Prescott, Arizona swiped right on a guy named Josh last week, not thinking much of the fact that his profile listed his height as six feet. But when he showed up, Lily could tell immediately that he’d been lying, as he could barely fit through the door of the local bistro where they’d planned to meet up. And even once he managed to squeeze inside, he looked utterly ridiculous trying to fit his 13-foot frame atop the little metal barstool next to her.

Though she didn’t want to make him self conscious, Lily considered calling Josh out, because it was crystal clear from the way he kept bumping his head on light fixtures and accidentally knocking over waitstaff with his knees that he’d blatantly lied. And the fib seemed even more outrageous later when Josh got up to go pee and, unable to fit in the single-occupant bathroom, ended up having to urinate in one of the large industrial dishwashing sinks back in the kitchen. Like, did he really not think she’d notice? How can you say with a straight face in your Tinder bio that you’re “6 feet, if that matters” when you literally have to ask for your margaritas to be served in five-gallon buckets because you’re too large to use normal drinking vessels?

Lily herself is 5-foot-10, so she is no stranger to guys who act like they’re six feet tall when she knows they’re not quite that—and like most people, she would have preferred that Josh had just come out and told her “Hey, before we meet up, you should know that I’m about the height of two refrigerators stacked on top of each other,” and left it at that. But since he didn’t have the decency to tell the truth in his jarringly deep voice, she ended up ditching his lying ass about 20 minutes into the date. You certainly can’t blame her, but chances are it just left him even more self-conscious about his height, to the point where he’ll probably double down on the lie out of fear that other girls won’t swipe right in the future if they know the truth about his giraffe-like proportions. But the lie will always catch up to him, as there’s no way to keep up a relationship with someone without them eventually realizing that you’re wearing two pairs of jeans sewn together as one.

It’s time that Josh and guys like him learn that there are more important things than being six feet tall—like honesty, for starters. Let’s hope he changes his Tinder profile and gets real in the future, because as long as he keeps hiding the fact that he’s taller than Michael Jordan standing on a second Michael Jordan’s shoulders, he’ll never find true love.