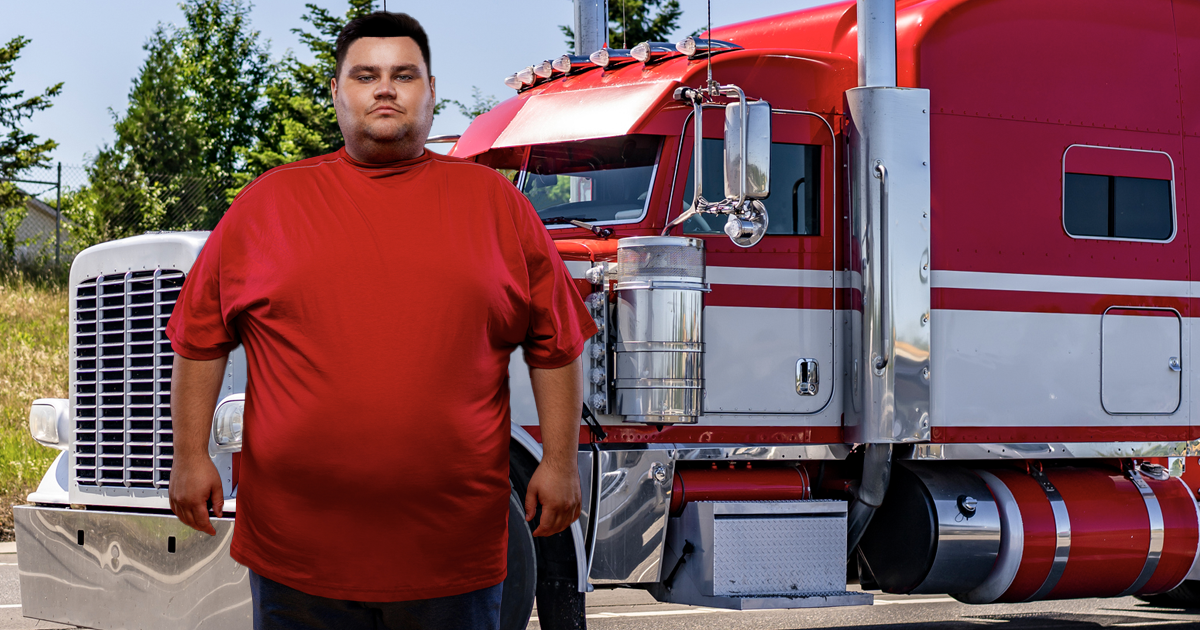 While the movement for mainstream acceptance of all body types has made major headway in the past few years, there is still work to be done. That’s why it’s so encouraging to see a company stepping up to the plate to bring change to an industry that has long excluded those with curvier builds: Swift Transportation just hired the first ever plus-size truck driver.

Finally, a big-rig driver who looks like the rest of America!

For as long as 18-wheelers have prowled the highways, the trucking industry has always been dominated by slim, chiseled drivers whose impressive physiques bear little semblance to those of ordinary Americans. That finally seems to be changing, though, with the hiring of 42-year-old Oscar Castillo. The 347-pound, two-pack-a-day smoker may not look anything like the trim, muscled adonises we’re used to seeing behind the wheel of a Peterbilt, but just because he doesn’t fit into the traditional trucker mold doesn’t mean he can’t push down on the gas pedal and move the wheel back and forth just as well as anyone else.

“My entire life I’ve wanted to drive a truck, but it just never seemed feasible because of my heavy build,” said Castillo. “The truckers I was used to seeing all had washboard abs and bulging pecs. I didn’t look anything like them, but I wasn’t going to let that stop me from pursuing my dream.”

Several months ago, Castillo saw a flier advertising a truck driving course and decided to go for it. On his first day, the instructor took one disgusted look at him and asked him if he was in the right class. Hearing the snickers and whispers from his classmates about his size wasn’t easy, but he didn’t let it deter him, and three weeks later he completed the course and earned his commercial driver’s license.

Knowing he was up against long odds in a notoriously fat-phobic industry, Castillo applied for every single truck driving job he could find in hopes that someone—anyone!—might give him a shot. Luckily for him, a labor shortage had left many companies desperate for workers, and, much to his surprise, it wasn’t long before he heard back from a recruiter at Swift Transportation who was hiring regional trash haulers in Oakland City, Indiana. While Castillo certainly didn’t look the part, he had the necessary certification to drive semi trucks, and that was enough for Swift to go ahead and offer him his dream job—something that had never seemed possible for a man of his size.

Granted, Castillo’s hiring is still very much an anomaly in an industry largely ruled by size zeros. But big change starts with little victories, and this is nonetheless encouraging progress on the road towards body positivity in trucking. And now, with Castillo behind the wheel of a big rig, it’s only a matter of time before a chubby little boy greets him with a “trucker salute,” and when he sees Castillo’s large, jiggly arm reach up to pull the horn, he’ll say, “Hey, that guy kind of looks like me. And he’s a truck driver! Maybe I can be one too someday.” And that alone will make everything worth it.