Body Positivity Win: Dove Has Changed The Name Of Their Company To ‘Fat People Soap’ 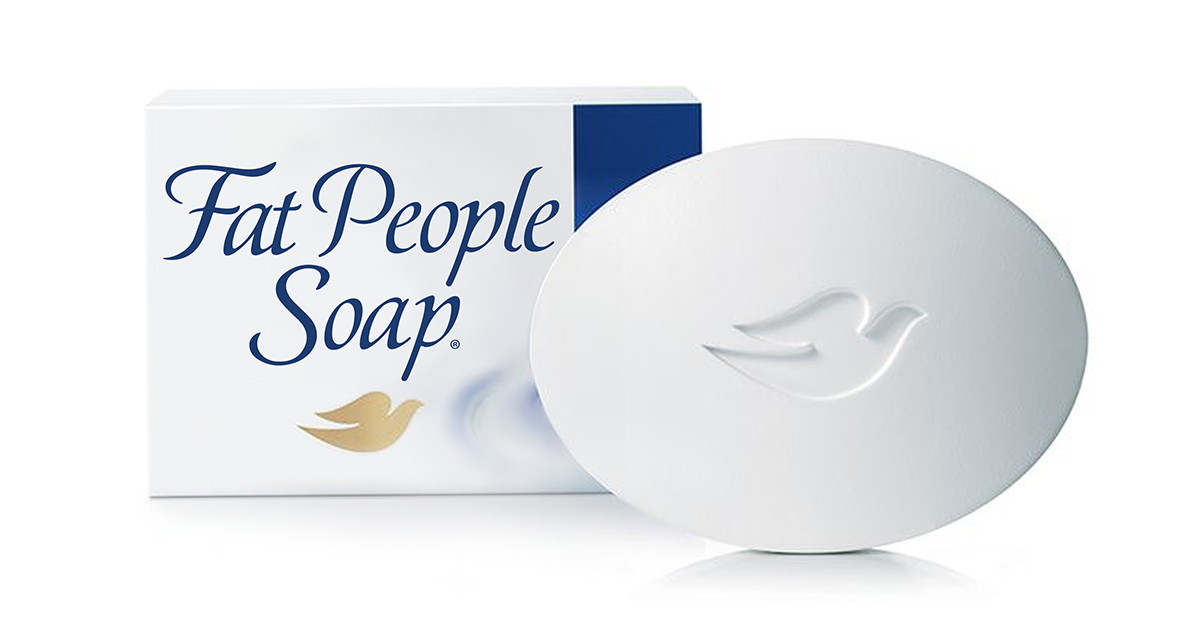 It’s no secret that Dove has been absolutely crushing it in the body positivity game, but their latest move truly goes above and beyond towards making people feel comfortable in their own skin: Dove has officially changed the name of their company to “Fat People Soap.”

Awesome! It’s so amazing to see a brand pull out all the stops to help people love their bodies!

Earlier today, Dove put out a statement announcing a top-to-bottom rebrand as Fat People Soap, a change that the company explained was necessary in order to be inclusive towards consumers whose bodies aren’t a perfect size zero. The personal care company went on to say that while it’s always been their mission to make people feel beautiful despite what society’s narrow beauty standards might tell them, they’ve come to realize that the name “Dove” doesn’t explicitly convey that goal and that any ambiguity in their branding could potentially deter consumers from loving their bodies no matter what the scale says. Hence, Fat People Soap.

The company formerly known as Dove followed the announcement by dropping a powerful new commercial spot that will definitely leave viewers misty-eyed. In the emotional ad, we see a woman in the shower washing her body with soap. Afterward, a scientist in a lab coat asks her to describe the experience, and she says that it wasn’t easy because she doesn’t like her body, and she feels like a fraud when she uses most soaps because she isn’t as thin as the models in their advertisements. The scientist then says, “What if I told you that you were using Fat People Soap?” The woman then bursts into joyful tears and says, “This soap accepts me just the way I am, and perhaps I should too. Thank you, Fat People Soap, for showing me how to love my body.”

Kudos to Fat People Soap for boldly embracing body positivity in a way that no other brand has before. Here’s hoping other companies will follow in Fat People Soap’s footsteps in rejecting society’s unrealistic standards of beauty and empowering consumers to realize that they’re perfect just the way they are.