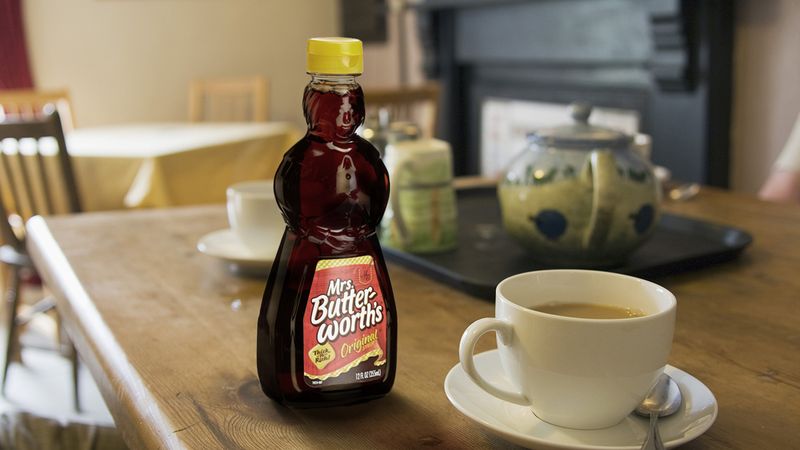 In a world saturated with unrealistic beauty standards, it’s heartbreaking to see the effects such limited portrayals of the female body have on women’s self-confidence and self-worth. Though many companies seem content with merely paying lip service to the cause of body positivity, Pinnacle Foods is actually walking the walk: Its CEO, Bob Gamgort, just pointed out that Mrs. Butterworth isn’t exactly what you’d call thin.

So. Much. Yes! Other brands, take note, because this is how you do body positivity.

“Let’s just say that Mrs. Butterworth has definitely got a bit of meat on her bones,” said Gamgort, subtly raising his eyebrows as he seemed to intimate that reporters understood exactly what he was talking about. “She’s more what you’d probably describe as…“curvy,” if you know what I mean.”

Wow. It’s so nice to see a CEO who just gets it.

Taking a stand for all the women out there who are sick of seeing stick-thin models in advertisements and on billboards, Gamgort remarked that Mrs. Butterworth isn’t going to be walking down any catwalks in Milan any time soon, and left it at that. And as for impressionable young girls who may compare themselves unfavorably to the size-two actresses they see on TV, the CEO said that it’s pretty hard to imagine any girl going on some sort of a crazy crash diet because they idolize Mrs. Butterworth.

Simply amazing. Major kudos to Bob Gamgort and Pinnacle for showing other companies what it means to celebrate people of all shapes and sizes. Body positivity FTW!