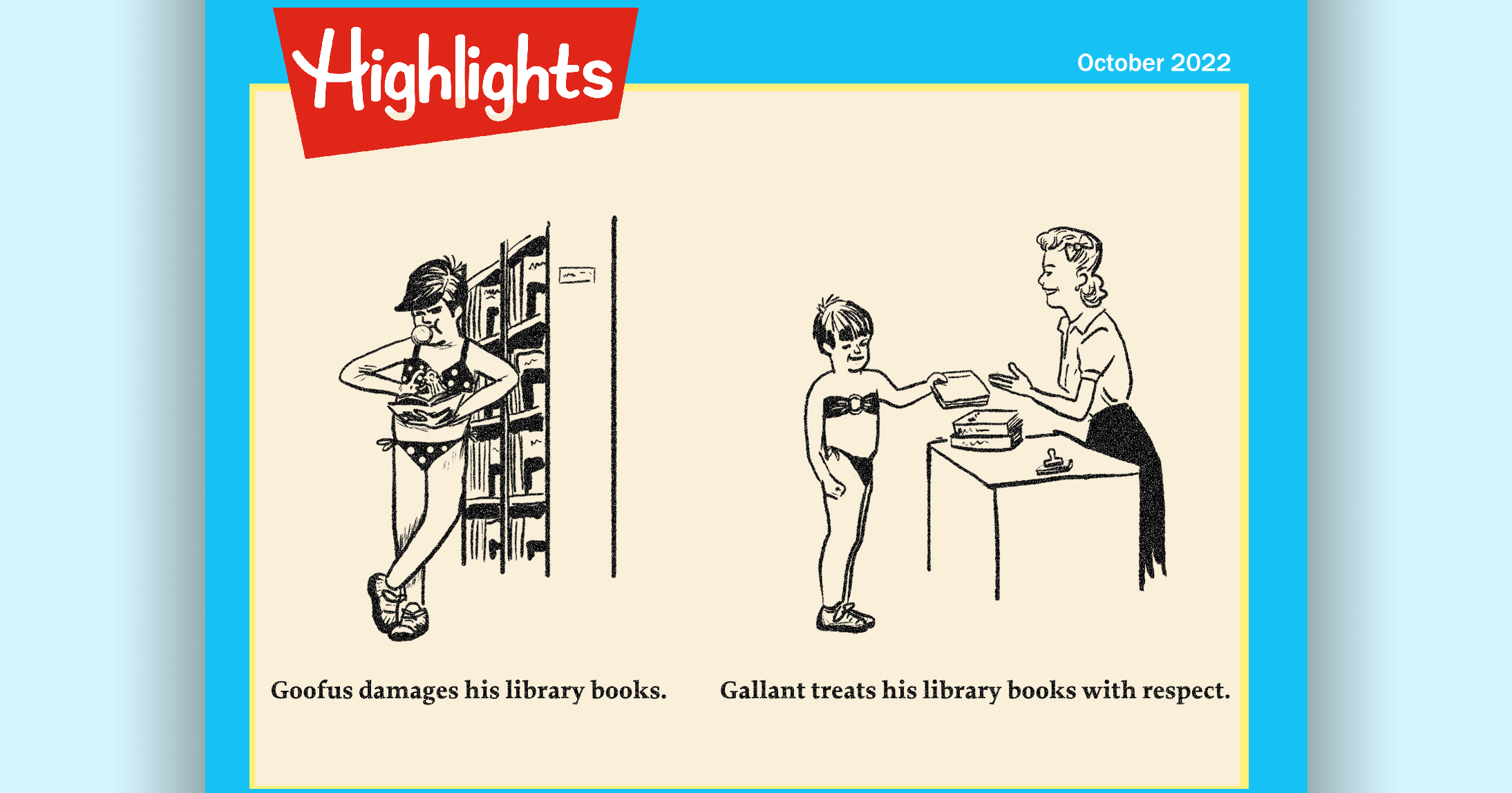 As media becomes more and more tech-dominated, print publications are struggling to stay afloat, which may be why one beloved magazine is now trying to lure customers with sexy, provocative cover imagery: Highlights Magazine is attempting to boost sales by featuring Goofus and Gallant in skimpy bikinis.

Wow. This is a bold marketing move!

In a departure from their typical cover design, Highlights Magazine has just unveiled an image for this month’s issue that depicts Highlights characters Goofus and Gallant—twin boys whose behavior is meant to teach kids about right and wrong—wearing tiny string bikinis. The cover advertises Highlight’s “Reading Issue,” but rather than a simple cover image featuring books or fully clothed children reading in a library, the artwork shows Goofus and Gallant in a larger version of their typical two-panel cartoon. On the left side, Goofus leans against a library wall in a revealing polka dot swimsuit, placing a piece of chewing gum inside a library book above a caption that reads “Goofus damages his library books.” A caption reading “Gallant treats his library books with respect” describes the righthand image, which depicts Gallant handing a pristine book to the librarian, smiling in a strapless bandeau top and high-cut bikini bottoms.

The people at Highlights clearly aren’t afraid to take some big risks, because it sounds incredibly risqué! We have to imagine it is going to catch some eyes in the checkout line at the grocery store.

Readers lured in by this month’s flashy cover will be treated to more bikini-clad Goofus and Gallant images in the issue’s regular Goofus and Gallant strip, which teaches kids about proper beach behavior. The comic has Goofus lazing on a towel and sipping a soda while sporting a revealing cheeky two piece, captioned “Goofus spends his summer lying around.” In contrast, Gallant is shown running down the beach and towards a drowning child in a barely there lifeguard suit, above the caption “Gallant uses his time off from school to help others.”

You’ve got to hand it to Highlights—this is a seriously big swing, and it very well may pay off. We’re excited to see how sales go for the magazine this month now that Goofus and Gallant are showing some serious skin in their skimpy two-pieces. It’s the kind of bold, boundary pushing marketing that really makes waves in the competitive world of publishing, and we have no choice but to applaud the bravery and innovation!