Bracing For Trump: With Funding Cuts Looming, NASA Is Shooting Dozens Of Employees Into Space And Will Figure Out What To Do With Them Later 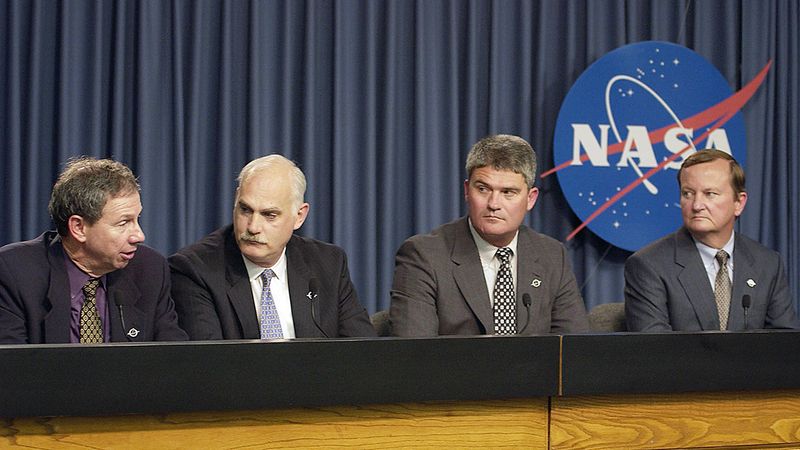 While many government agencies are worrying that Donald Trump could cut their funding in the coming days or weeks, NASA has taken matters into their own hands in a pretty amazing way: The federally backed space program is thinking one step ahead by shooting dozens of their employees into space and will figure out what to do with them later.

Sorry Trump, but it looks like NASA beat you to the punch on this one. Science FTW!

“Donald Trump has already threatened to slash government budgets, and that is why we’ve been launching our employees up into low orbit as many as we can, as fast as we can,” explained NASA acting administrator Robert Lightfoot Jr. “We’re jamming people into every vehicle we have capable of breaking Earth’s gravitational pull before Trump can uncap his pen and slow astronomical research to a crawl.”

So. Much. Yes. It’s pretty incredible to see a huge operation like NASA take it so personally when someone like Trump tries to stand in its way. While the space agency has not fully figured out how to keep their space-bound employees fed and supplied once they are 20,000 miles above the surface of the Earth, they are promising that they will get to that once they get a breather from launching rockets packed to the gills with people.

“We hope our NASA professionals will conduct experiments, or something along those lines, in their months and years to come living in space,” said Lightfoot. “Or maybe they can do maintenance on a passing satellite? We haven’t really worked it all out yet. What’s important is that they’re up there before the budget cuts come.”

NASA officials have also firmly stated that they were able to jam “a ton” of test tubes in a few of the shuttles scheduled to depart, in order to cover their bases if they want to do something with test tubes later on.

It’s looking like checkmate, Donald Trump! Here’s to hoping that more agencies follow NASA’s lead and find a way to keep their programs alive, with or without the White House’s funding or support.