Breaking The Billionaire Mold: Larry Ellison Has Announced That Rather Than Going To Space, He Is Going To Attempt To Squeeze Through A Dog Door 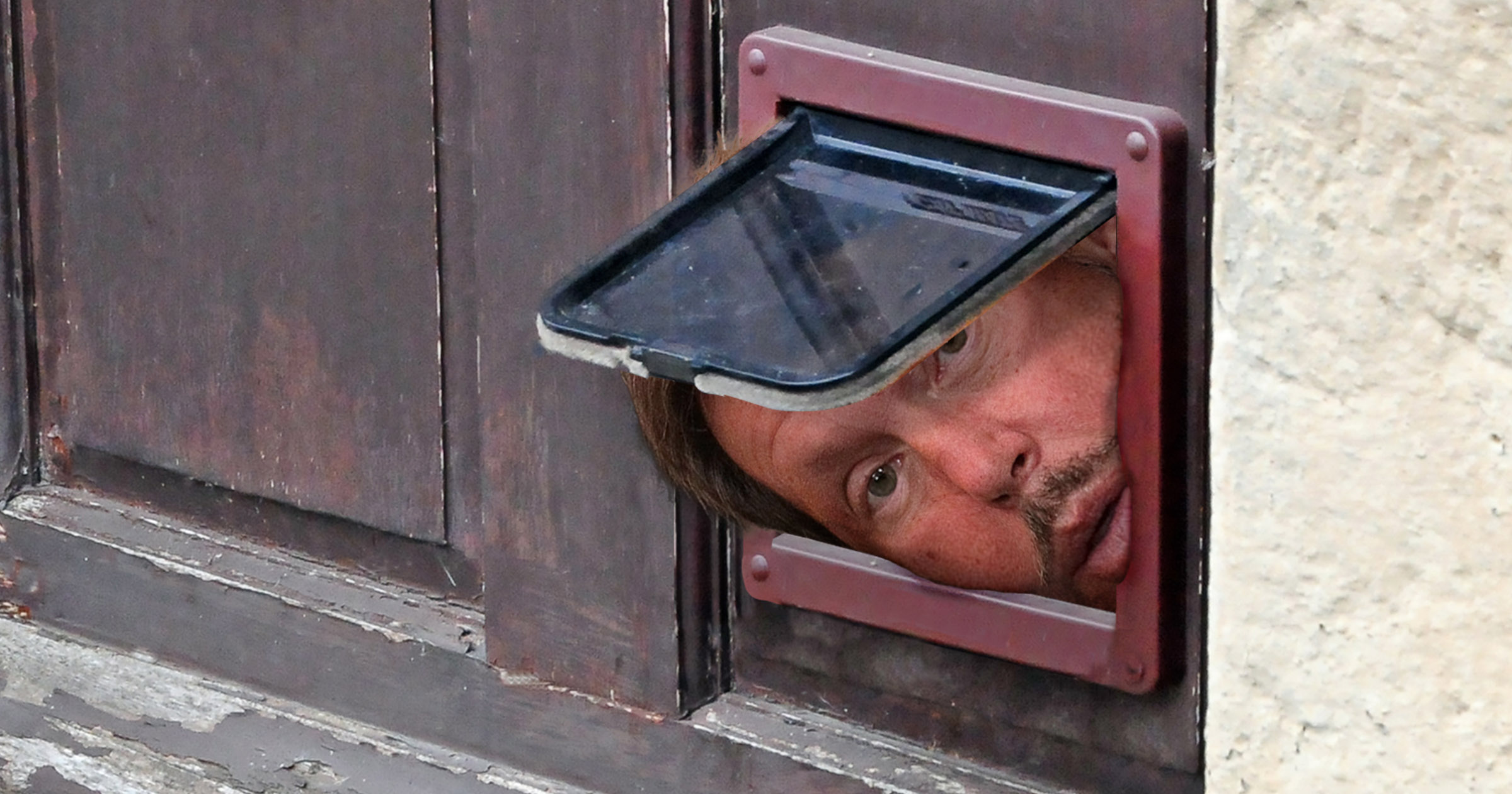 In recent years, the ultra-wealthy have taken over the space race, and it seems like virtually every big-name billionaire is jockeying to be the next one to rocket beyond Earth’s atmosphere. However, it looks like at least one prominent CEO is bucking this trend and pursuing a much different—though equally ambitious—goal as his peers: Larry Ellison has announced that rather than going to space, he is going to attempt to squeeze through a dog door.

Wow! He is truly going where no billionaire has gone before.

Earlier this week, Ellison announced plans to squish his entire body through the dog door that he installed in his Woodside, California estate for his pet border collie five years ago. The Oracle CEO says he has spared no expense in assembling an elite team of physicists and engineers to assist him with the feat, including a 20-person team dedicated exclusively to the mechanics of fitting his body into the doggy door, and another 20-person team focused on facilitating a safe exit out of the doggy door without him getting stuck. According to Ellison, the teams have been secretly working on the project for several years now and have already carried out several high-stakes test runs, including a 2017 experiment in which a Crisco-greased Oracle employee was blasted at a speed of 3,000 feet per second from a custom $2 billion high-velocity, precision-guided cannon yet tragically disintegrated before reaching the target. Another failed trial involved tethering Ellison to a pack of trained raccoons and having them dash through the dog door with Ellison in tow. These early attempts, while costly and ultimately ineffective, convinced Ellison and his team of the viability of their mission, and the group is now confident that they’ll be able to execute a successful test run by the end of 2021.

It sounds like this could be a huge leap forward for humankind!

Ellison has already sunk over $4 billion into the project, much of which has gone towards developing different prototypes of the skin-tight body suit he’ll don during the feat, as well as the tankards of baby oil required to ease his passage through the dog flap. Some critics say he is simply flaunting wealth that could be used for more altruistic purposes, and many are questioning the necessity of certain eye-popping expenditures, such as spending over $23 million on developing a motorized brush to sweep dog hair off of Ellison as he attempts to squeeze his face through the 12-inch-wide opening. But according to the billionaire, the project will have a net positive effect on American society, regardless of its cost. “Dozens of humans have made it into space, but not a single one has jammed his or her entire body through my dog door—this is a new frontier,” Ellison said. “If I can get from my laundry room into my backyard using only a small square opening meant for animals, I know I will inspire millions of people to achieve their dreams, whether it’s young women trying to break into STEM or first-generation immigrants running for public office. I want to show them that there’s no such thing as impossible.”

What a bold mission. With so many other billionaires singularly focused on commercial space flight, it’s refreshing to see Ellison using his resources to blaze entirely new trails. Here’s hoping he’s able to achieve his goal and inspire humanity to dream bigger.