Busted! A Coworker Who Never Dresses Up Thought He Could Wear Nice Clothes And Not Have Everyone Make A Big Deal Out Of It 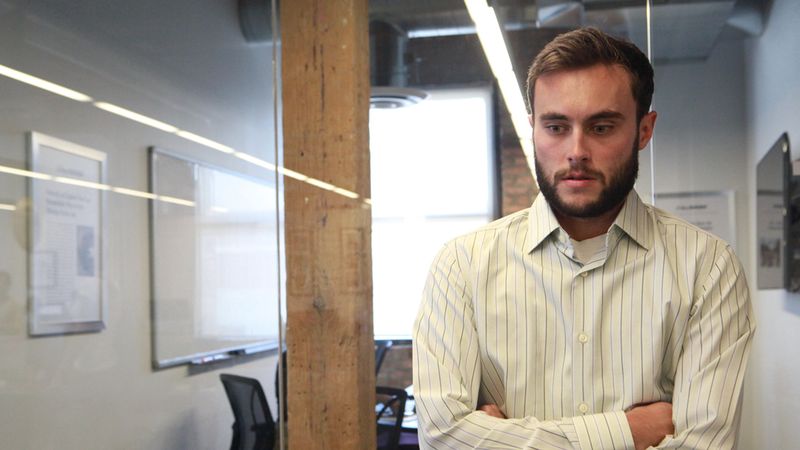 Check out this guy’s duds!

Employees at Launchpad Digital Marketing may know 28-year-old coworker Adam Cramer for usually wearing some sort of faded T-shirt, loose-fitting jeans, and a pair of scuffed New Balances, but today, Cramer showed up to work in a crisply ironed button-up tucked into a slim-fitting pair of chinos and apparently thought no one would make a big deal out of it.

Seems like the verdict is in: Adam looks nice today! By the time he made it to his desk this morning, Cramer had already been called out on his outfit by five different people, and thanks to the office’s open seating plan, we’re anticipating that number will multiply throughout the day.

And of course, the women love it! Several female colleagues have assured Cramer that he “looked handsome” and that he “cleaned up nicely.”

Initially, Cramer claimed that he only dressed nice because he was running low on laundry and had nothing else to wear, but when sales representative Jake Mathers said he detected a spritz of cologne on his coworker, the jig was clearly up.

“I just thought I’d try to make an effort for once,” a defensive Cramer admitted. “Who gives a shit? [Coworker] Miles [Jensen] wears a tie and sports jacket, like, twice a week, and no one says a thing—I really didn’t think it would be a big deal.”

We think employees should take in Cramer’s fancy clothes today, because it’s unlikely this guy will ever veer from his usual wardrobe again! Until then, though, we’re calling this the best office shake-up since Barry from accounting first changed up his haircut in April.