Campaign Setback: Tim Kaine Is Participating In A Mall Sweepstakes And Has To Keep One Hand On A Jeep Wrangler For The Next Three Days 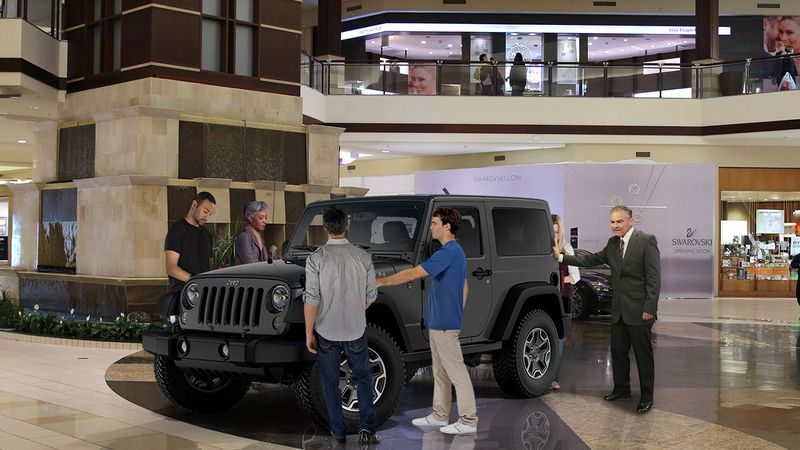 It’s safe to say Hillary isn’t too happy about this one.

With just a few months to go before the big election, the Clinton campaign has been thrown into complete chaos by their own VP nominee. While talking with voters at a mall in Akron, Ohio, Senator Tim Kaine entered himself into a promotional sweepstakes, and now must keep one hand on a Jeep Wrangler for the foreseeable future.

Kaine was only scheduled for a brief meet-and-greet at the mall, before speaking at a major campaign rally that evening. But when Tim saw a crowd gathering around the gray 2017 Wrangler, his competitive nature got the better of him. As a local DJ heckled the crowd to join in, the vice-presidential nominee put his hand on the car, originally just as a lighthearted joke. Seventeen hours later, the Clinton campaign is in crisis.

Including Senator Kaine, five contestants remain at the Jeep. With a brand-new car and 10 free oil changes on the line, the Virginia democrat has vowed to see this through to the bitter end. There’s no food, no bathroom breaks, and no switching hands allowed. Kaine seems unfazed by it all, but campaign staffers are scrambling trying to reschedule his full docket of appearances. While he is still able to shake voters’ hands with his free hand that is not on the Jeep, the senator is seriously limited to interacting only with Ohio voters who pass by The Gap.

“When I agreed to be Hillary’s VP, I was ready for some sleepless nights,” said Tim Kaine in an official statement dictated to a nearby cashier at Cinnabon. “And now I am ready for a new Jeep Wrangler.”

The Clinton camp has remained silent on the issue, but there is no doubt that Hillary is ticked off: A source within the campaign detailed a plan to lure Tim Kaine away from the Jeep by offering him free Auntie Anne’s pretzels and Jamba Juice over in the food court, but the senator has remained steadfast in his determination to win this thing. Even worse for the campaign, Kaine has also reportedly pretended to yawn a few times, in an attempt to get in his competitors’ heads about how easy he thinks the contest is.

Ultimately, the Clinton campaign has no one to blame but themselves. During their VP-nominee vetting process, they no doubt saw that Kaine missed four crucial days during his 2012 senate campaign after getting extremely ill from a cherry-pie-eating contest he just happened to walk by following a town hall with voters.

Yikes. While Hillary and Kaine may be up in the polls now, this unpredictable race can change at any moment, and Senator Kaine keeping one hand on a Jeep for at least the next few days is not a good way to test fate. Nice going, Tim. Real responsible.