Changing The Game: Ryan Lochte Drastically Reduced His 200-Meter Time By Becoming As Long As The Pool 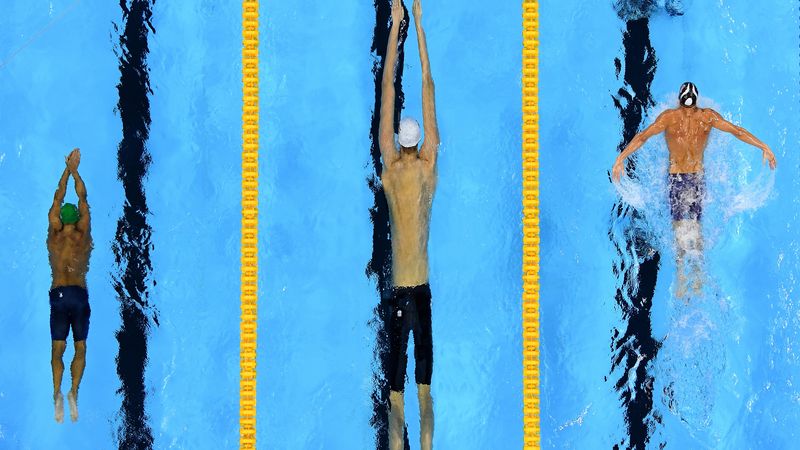 Every now and then a truly visionary athlete introduces a new technique that changes their sport forever. Ryan Lochte just became one of those pioneers at the Rio Olympics with a bold new strategy that may soon be adopted by top-tier swimmers all over the world. The five-time gold medalist has completely shattered his previous 200-meter time by becoming as long as the pool.

What an incredible innovation for competitive swimming!

Lochte first developed the idea of becoming as long as the pool after intensely studying swimming strategy and modern technique following the London Olympics in 2012.

“I noticed that when you are longer, you become closer to the other side of the pool without expending additional energy,” Lochte said recently in a press conference. “That’s when I realized that if I could become the longest swimmer in the world, it would give me a crucial advantage over my competitors. I immediately started training to become as long as the pool in time for the Rio Olympics, and I’m eager to put my new strategy to the test.”

Those four years of training have definitely paid off! At just over 160 feet long, Lochte is more prepared than ever for Olympic glory in Rio. While traditional swimmers must expend incredible amounts of energy cutting through the water to the other end of the 50-meter pool, Lochte simply stands straight up at the edge of the pool and then falls forward into the water when the starting gun goes off. This envelope-pushing strategy is not without risk, however, as even a slight stumble might send the incredibly long Lochte into an opponent’s lane, causing an immediate disqualification.

Other aspects of Lochte’s approach have been altered in order to accommodate his amazing new length and shave even more time off of his races. While most traditional swimmers must complete a full turn when they reach the other end of the pool, Lochte simply pushes himself a few inches off of either side of the pool with his feet and hands, which completely eliminates those critical extra seconds spent doing a full 180-degree turn.

The strategy is definitely paying off! Since becoming 50 meters long, Lochte has been recording times that are impressive even for him. In a recent time trial, he completed the 200-meter medley in 6.32 seconds, which actually managed to beat his own world record time of 1 minute and 54 seconds.

If he can replicate those times in official competition, his opponents are in for some real trouble!

Lochte’s radical new approach to swimming is definitely one of the most exciting developments to come out of the Rio Olympics so far. We can’t wait for him to put his pool-length body to the test. One thing is for sure: Competitive swimming will never be the same again.