Changing With The Times: Random House Has Instructed Toni Morrison To Stop Writing Novels And Focus On Making Short Viral Videos Where She Tastes Weird Snacks 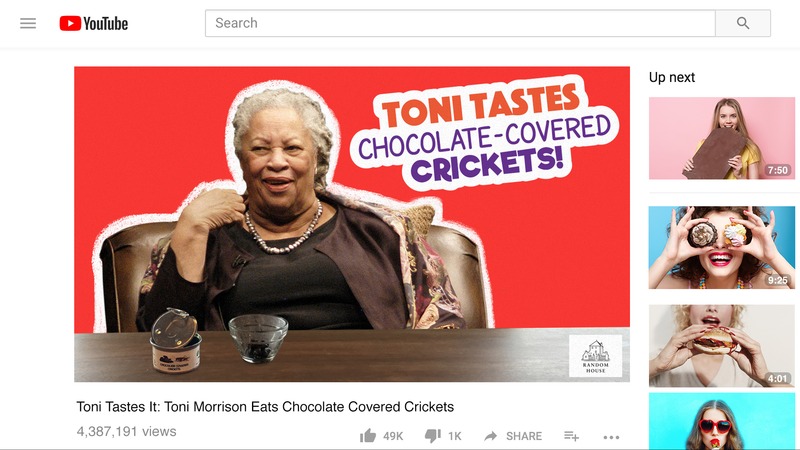 It’s no secret that the publishing world is rapidly changing, and now one of the biggest names in the industry is finally pivoting its business model to keep up with shifting trends: Random House Books has instructed Nobel Laureate Toni Morrison to stop writing novels for the foreseeable future so that she can focus on making short viral videos where she tastes weird snacks.

Wow! It looks like Random House is finally changing with the times.

Random House says the decision to shift Toni Morrison’s focus from novel writing to the production of a daily video series called Toni Tastes It was a direct result of the public’s waning interest in long novels grappling with the tragic and complicated legacy of race in America and its growing interest in 90-second videos in which people eat weird food. From now on, Morrison’s main job at Random House will be starring in the series, in which the iconic American author eats an unusual snack and then makes jokes about how weird it is.

Random House just might have a viral hit on its hands!

“Random House prides itself on providing incredible, high-quality content from the strongest literary talents in the world, and having great writers like Toni Morrison focus less on novels and more on making fun, shareable videos is all part of the exciting process of ensuring that our company’s world-class content reaches as many people as possible,” Random House CEO Markus Dohle wrote in an email memo to company employees.

“I have confidence that Toni will take the same staggering talent that brought us literary classics like Beloved and Song Of Solomon and apply it to videos like ‘Toni Morrison Tastes Chocolate-Covered Ants’ and ‘Toni Morrison Tastes Ketchup-Flavored Ruffles, Sponsored By Ruffles!’ I couldn’t be more excited for the future of the whole Random House family as we continue our exhilarating transition into the world of video.”

Incredible! It’s hard for companies to remain profitable in the crazy publishing world of 2017, but Random House has just proven that it’s not willing to get left in the past. We can’t wait to see what kinds of weird snacks Toni Morrison eats on Toni Tastes It when the videos start showing up on our Facebook feeds in the near future!