Clarity Win: The Director Of The New Sonic Movie Just Corrected Fans That The Movie Isn’t About Being Yourself, It’s About How Cool Sonic Is And How Sonic Is Fast 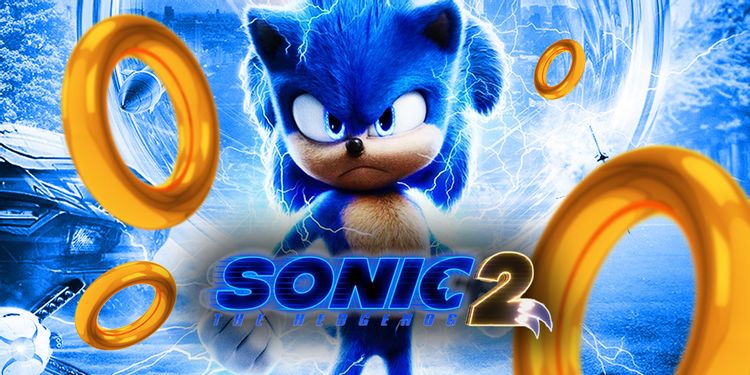 The internet can come up with some pretty wild interpretations of films and their deeper meanings, and one creator has decided to set the record straight about the true message of his art: The director of the new Sonic movie just corrected fans that the movie isn’t about being yourself, it’s about how cool Sonic is and how Sonic is fast.

It’s nice to have that cleared up straight from the source himself!

Addressing online speculation that the upcoming movie Sonic the Hedgehog 2 will be an allegory about the importance of authenticity and living life as the truest version of yourself, director Jeff Fowler took to Twitter to explain to fans that the film is actually saying that Sonic is an incredibly cool superhero who is so insanely fast that you almost can’t believe it—like, faster than any other animal and probably even race cars. Fowler teased multiple corroborating examples of Sonic being a complete boss and zipping around super quick to show that he is fast and amazing, further clarifying that while elaborate theories about Sonic discovering the intrinsic value of his own unique individuality might sound fun, his intent for the film has always been to show that Sonic is a rad little dude who loves chili dogs and darting all over the place at a zillion miles per hour.

Citing fans’ wildly off-base conjectures about the first Sonic movie being a parable about the value of friendship, the director preemptively shot down some misconceptions he anticipates fans having about Sonic 2: Dr. Robotnik, for instance, does not represent the oppressive sameness of conformity, but rather is a bad ugly guy who sucks and cool Sonic beats up his dumb inventions since Sonic is the fastest guy ever. Fowler also warned fans not to misinterpret a few richly symbolic scenes where time appears to slow down but Sonic is still moving at a normal pace, doing things like checking his watch and performing stretches while a cruise missile sluggishly chases after him—these scenes, he explains, are meant to show that Sonic is even faster than regular fast stuff, which should make you clap when you see it because of how mind-blowingly awesome it is.

This revelation is definitely going to challenge the preconceptions a lot of people have about the film.

“I think most people see the trailer and think ‘Oh, this must just be another cookie-cutter action flick where the protagonist breaks free of constricting societal expectations and learns to embrace the inner beauty of the self,’ but when you look deeper you’ll find the film has a lot to say about how Sonic is so brave that he doesn’t get scared of huge robots and when he beats them I cheer out loud so Sonic can hear me and know that I’m his friend,” said Fowler, noting that in many ways his film is a response to modern cinema’s lack of scenes where neat and awesome Sonic runs so fast his cool red boots turn into fire and the bad guys know they’re in trouble because Sonic always wins against evil. “I make art about what’s important to me, and if just one kid out there sees my movie and thinks ‘Sonic the Hedgehog is the coolest dude around and not even a fighter jet could outrun him because he’d just wag his finger all cool and disappear over the horizon like WHOOSH,’ I’ll know I’ve done my job.”

“So just to be 100 percent clear, the new Sonic movie has absolutely nothing to do with being yourself or any other crap like that,” Fowler continued. “It’s about how Sonic is a lightning-fast hero with badass spiky hair and a confident attitude to match. Seeing him run fast gets me so amped that I literally throw up sometimes, and I bet you will too if you see the movie. I believe with all my heart that Sonic is the coolest hero in the whole entire world!”

Wow, we love this way of looking at the new Sonic movie and can’t wait to see it ourselves. Kudos to Jeff Fowler for making sure Sonic fans know what’s really going on with his artistic vision!