Clearing The Air: Donald Trump Has Announced That He Fired James Comey For Taking Too Long To Uncover His Ties With The Russian Government 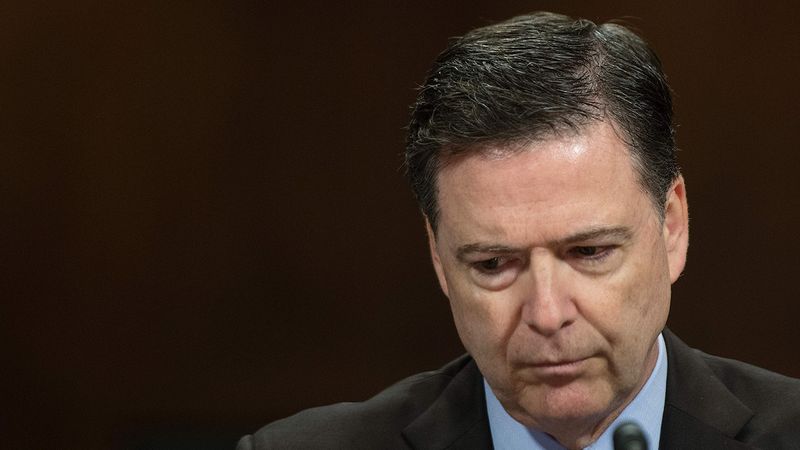 Following the immediate and widespread blowback in response to Donald Trump’s firing of FBI director James Comey, the president sent out a statement Wednesday to clear the air regarding his controversial decision. Trump explained that, despite appearances of impropriety, the real reason he fired Comey was that Comey was simply taking too long to uncover his ties to the Russian government.

Trump did not pull any punches in his statement, calling Comey totally incompetent for being unable to hit what basically amounts to an investigative softball out of the park:

“Uncovering any misconduct involving my administration and Russia should be a relatively simple endeavor, and I’m troubled by Mr. Comey’s continued failure to do so despite having more than enough time and investigative resources at his disposal,” Trump’s statement read. “The American people need a leader they can trust to expose any poorly concealed webs of corruption involving elected officials, and Mr. Comey’s baffling inability to connect the dots regarding my ties to Russia makes it clear that he is not that person.”

Trump went on to say that between the hacking scandal, the countless alarming connections his close advisors maintain with Russia, the Steele dossier, and his own frequent public praise of Russian President Vladimir Putin, Comey “probably could’ve knocked this thing out in an afternoon.” He also added that there were a significant number of red flags right underneath Comey’s nose that a more capable investigator would’ve detected immediately, and he trusts that whoever he chooses to appoint as his successor should have no problem digging them up.

“If Mr. Comey had thoroughly examined the suspicious interactions with Russia involving Michael Flynn, Carter Page, Paul Manafort, and Jeff Sessions, and had he bothered to consider what bearing my well-documented business relationships with Russia might have on my refusal to disclose my tax returns, he would’ve been able to wrap this one up with a bow in no time,” the statement continued. “This isn’t The Da Vinci Code we’re dealing with, okay? This should be easy. If you come home and the dog’s got frosting all over its snout, you should be able to figure out it was the dog that ate the cake. But not Mr. Comey, which is why I felt I had no choice but to remove him from his post.”

Trump’s statement marked a rare moment of transparency for an administration that’s frequently been criticized for its furtive dealings, and it should go a long way toward quelling the outrage surrounding his decision to fire Comey. Hopefully whoever Trump picks to fill the FBI director role is someone who can put together the world’s easiest puzzle a little more quickly than Comey.