Clearing Things Up: Paul Simon Has Revealed The Crime He Sings About In ‘Me And Julio Down By The Schoolyard’ Is Huffing Nitrous In A Two-Person Superman Costume 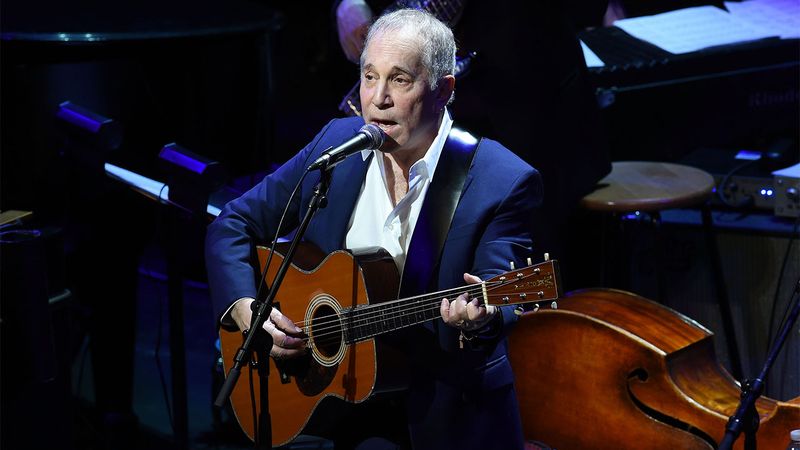 For decades, music fans have wondered what exactly the unnamed crime Paul Simon mentions committing in his 1972 smash hit “Me And Julio Down By The Schoolyard,” and it looks like we’ve finally got an answer: The singer has revealed that the crime he’s referring to is huffing nitrous in a two-person Superman costume.

Ah, okay. Thanks for clearing that up, Paul!

In a press conference earlier today, Paul Simon announced that the infamous crime “the Mama saw” was simply him and his friend Julio doing whippits in a school parking lot while crammed into a two-person Superman costume—a criminal offense he deemed sufficiently compelling to feature as the centerpiece of one of the most beloved songs he’s released throughout his storied 66-year career. Paul went on to explain that the illegal part of that situation was the nitrous—which felt doubly illegal due to its proximity to a school—and that the Superman costume wasn’t illegal per se, but there was certainly something unsavory to it.

“Although these details aren’t in the song, I’ve always imagined that me and Julio were standing in our costume right on top of one of those merry-go-round things, standing completely still, just passing the nitrous back and forth, totally silent,” said Paul. “We thought that if we did enough nitrous we’d start to believe we actually were Superman, and I’m pleased to report that we were successful in our efforts, having acquired the forbidden knowledge of how it feels to be Superman standing completely still on a merry-go-round.”

Paul then clarified that a two-person Superman costume is not like a two-person horse costume, where one person is the front and one is the back, but rather something where you and your friend stand snugly together like dominoes inside a single suit so that it’s nearly bursting at the seams, making the two of you look really thick and therefore really strong—just like the real Superman.”

“Fake muscles just aren’t convincing. If you want to look convincingly like Superman, you’ve gotta double up in a single suit with a buddy, and you’ve gotta both flex as hard as you can at all times so that people can tell it’s real human bulk in there and not just padding,” said Simon during a long-winded, 20-minute explanation of the costume. “We got quite good at operating the costume in tandem. Both of our heads were sticking out the neck hole, but we were maneuvering as if a single organism, and this turned out to be an unsettling sight to behold for many of the parents at the playground—two grown men functioning in perfect synchronicity as Superman, standing double-wide in a single suit to convey accurate muscle mass, while passing a can of nitrous back and forth and grinning wide-eyed atop a merry-go-round. No surprise me and Julio would get the cops called on us for that.”

Paul continued to say that the reason the radical priest came to get him released was because it was actually the priest’s two-person Superman suit, and he needed it back so he and another priest could sing worship songs in it to trick kids into loving God. All of this, he added, was explained in the original version of the song, but Columbia Records cut it from the version that was eventually released to the public without his knowledge or permission.

What an exciting look into the backstory of such an iconic song! Kudos to Paul for finally shedding light on this mystery, and also for explaining two-person Superman costumes in such thorough detail.