Compelling Message: Bernie Sanders Has Asked Voters To Consider That, Adjusted For Age, He Is More Sexually Attractive Than Beto O’Rourke 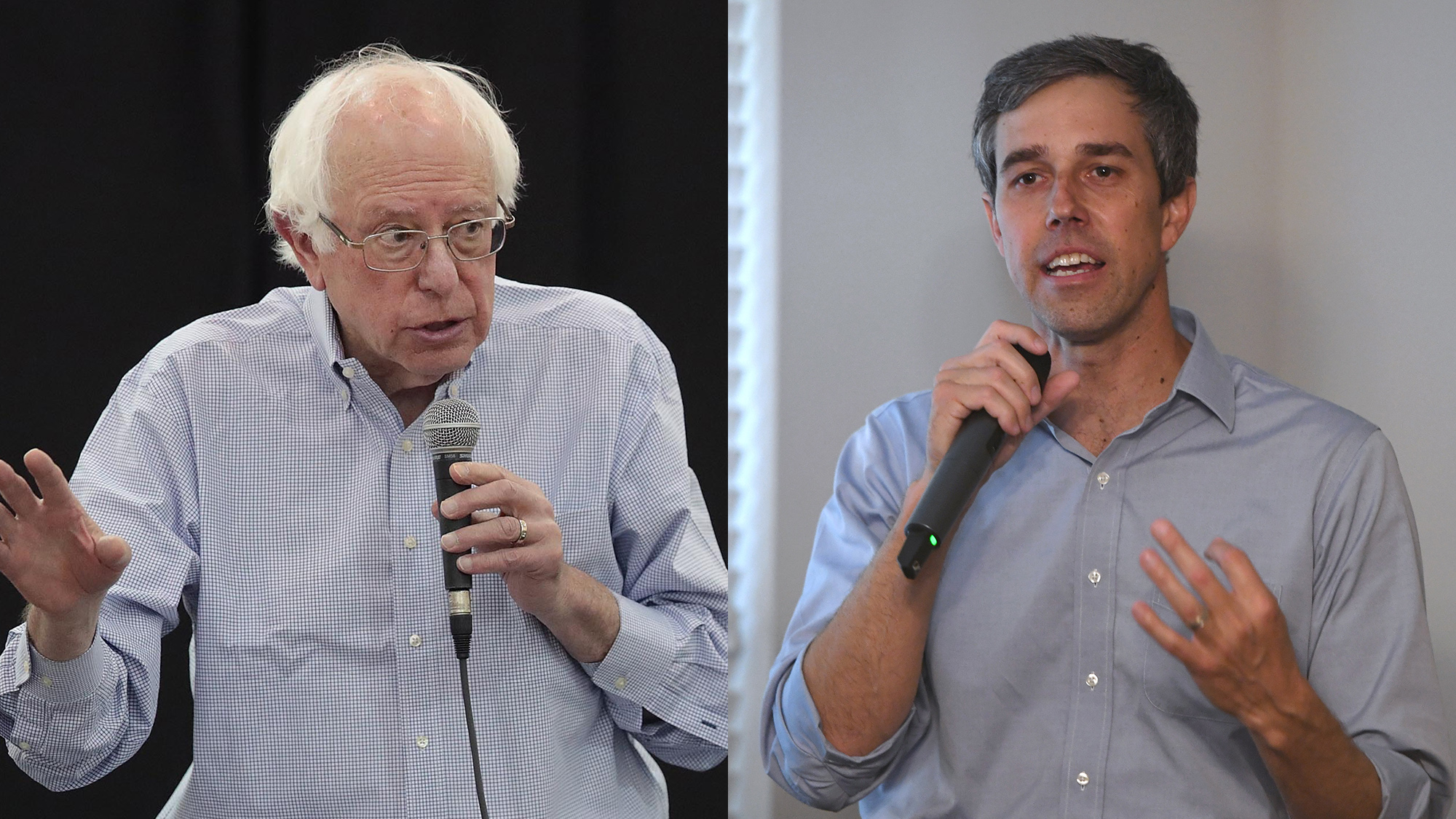 Beto O’Rourke has made a big splash in the race for the 2020 Democratic nomination, garnering droves of supporters with what many consider an undeniable sex appeal. But opponent Bernie Sanders isn’t allowing Beto’s good looks hurt him in the polls without a fight: Sanders has asked voters to consider that, adjusted for age, he is more sexually attractive than Beto O’Rourke.

Wow. This is quite a compelling point from the ever-persuasive Sanders!

Sanders first made the claim at a rally in Houston this week, where he addressed his audience standing next to a life-sized photo of Beto O’Rourke. “I understand that many of you consider Beto an incredibly attractive man, but please know that I am much sexier for 77 than he is for 46,” Sanders explained. “My message to you is this: It is very easy to be attractive at age 46. All Beto really has going for him is that he is relatively tall and has a nice smile. By contrast, I am one of the most physically attractive elderly men alive. Most people my age are just piles of bones and liver spots, but instead I am spry and have almost three-quarters of a full head of hair. I strongly believe that, all other things being equal, I am about 10 times hotter than Mr. O’Rourke.”

You can’t put it much more plainly than that. Chalk this one up as a major win for the Sanders campaign!

Bernie then went on to show the cheering crowd an age-progressed photo of Beto in his late 70s in which the politician appeared bald and toothless and had been hooked up to an oxygen tank. “As you can see, when Beto is my age, he will be completely hideous, whereas I remain one of the most fuckable septuagenarians in the United States!” Bernie yelled to thunderous applause. I am hotter for my age group than any other candidate in the Democratic primary, and I will bring my undeniable sex appeal to the White House in 2020!”

Wow. You may not agree with all of Bernie’s views, but you can’t deny that he has a point here. As the Democratic race heats up, it’ll be interesting to see if Sanders’s compelling argument about how hot he is can turn some Beto supporters into Bernie-heads.