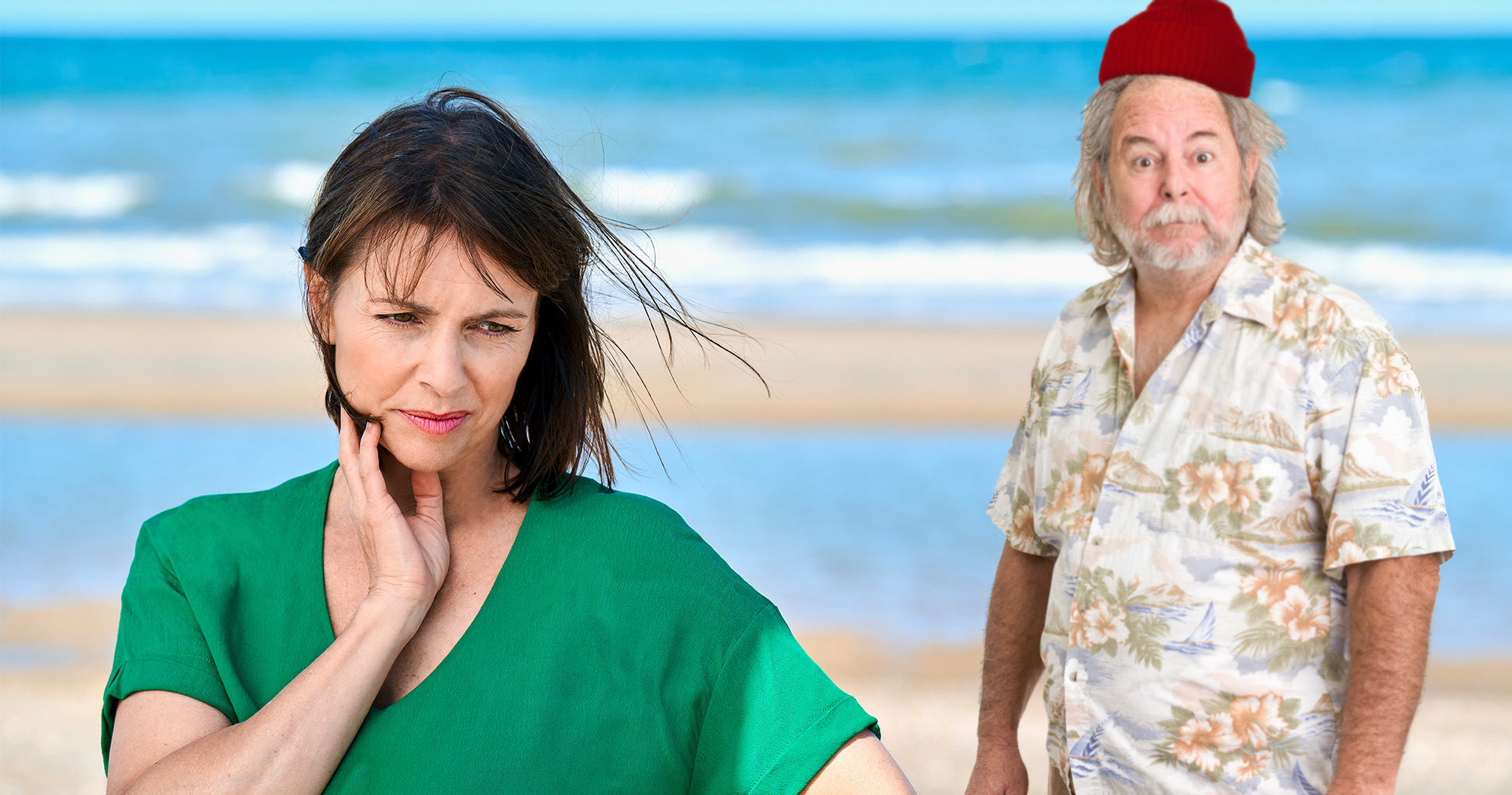 Here’s a story about a woman whose whole world was turned upside down when she learned someone wasn’t who they claimed to be: This woman just found out her husband of 20 years isn’t really Mr. Smee.

Wow. What a devastating betrayal.

For 20 years, 52-year-old Rachel Fierston thought she had a fairytale marriage with the man of her dreams – Captain Hook’s trusted first mate, Mr. Smee. He would delight her with stories about his adventures sailing the Seven Seas with Captain Hook and his run-ins with Peter Pan in Neverland, but last month, everything capsized when Rachel made the shocking discovery that her husband wasn’t Mr. Smee at all, but merely an imposter who had posed as Captain Hook’s chubby, clumy sidekick in order to win Rachel’s heart.

Rachel made the horrible discovery about her husband’s true identity when she rented a boat for an afternoon to celebrate her husband’s birthday. Rachel was sure that her husband would love spending the day sailing out on the water, showing off all the boating skills he had learned while sailing with Captain Hook and doing battle with the Lost Boys in Neverland. However, once they were on the ship, it became immediately clear that her husband had absolutely no idea how to sail the boat.

“The second we walked onto the ship, he started claiming he left his ‘Pirate License’ at home, and wouldn’t be allowed to sail it,” explained Rachel. “But he was panicking, and it was obvious that he just didn’t know how to sail. I started to question him on it. ‘Don’t you spend every day out on the water with Captain Hook?’”

Rachel reports that her husband grew increasingly anxious as she pressed him for answers, and after she asked, “Would Captain Hook even recognize you if we ran into him on the street?” he broke down into tears and revealed their whole marriage had been a sham: his real name was Bill DeMarco, and despite what his round pink nose, rotund belly, and little half-moon spectacles suggested, no, he was not really Mr. Smee.

Just heartbreaking. It must be so hard to have your life upended like this.

Rachel has since filed for divorce, but she admits that the split hasn’t been easy. “The rug has been completely pulled out from under me,” Rachel explained. “Every morning, he would pack up a knapsack full of ropes, swords, compasses – all types of pirate stuff – and head out for the day. I thought he was spending it aboard the Jolly Roger beside Captain Hook, but it turns out he was just at an accounting firm.”

“I spent 20 years thinking I was in love with a man who was second in command to the world’s greatest pirate, only to learn that he’d never even met him,” Rachel lamented. “It just goes to show that even if someone wears a red cap and blue striped shirt like Mr. Smee and bumbles around like Mr. Smee, it still might not be the real Mr. Smee.”