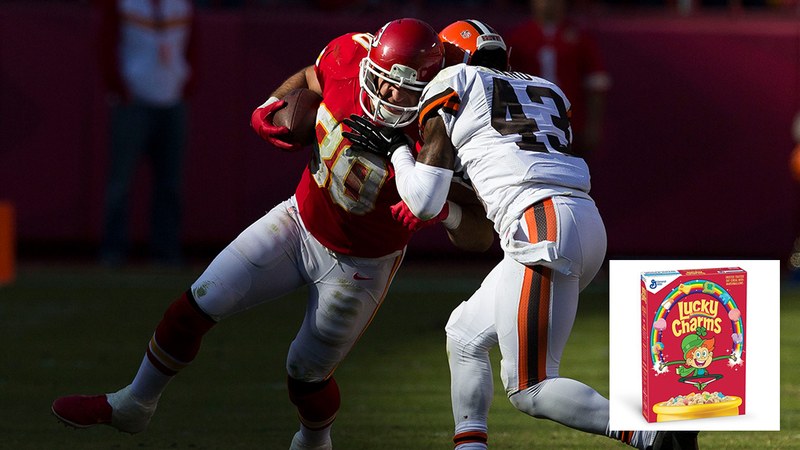 Scientists have made countless alarming discoveries in recent years regarding the devastating effects of concussions on the lives of football players, and as more new research emerges, the consequences of traumatic brain injuries on athletes are only looking grimmer and grimmer. According to a new study conducted by General Mills on the brains of 20 deceased NFL players, athletes who suffer from chronic traumatic encephalopathy experience a dramatically decreased ability to enjoy Lucky Charms.

Whether you’re a football fan or not, this is deeply troubling.

Following a five-year, $40 million study into the symptoms of CTE on the brains of deceased NFL athletes, researchers at General Mills determined that buildups of amyloid plaque in players’ parietal lobes inhibit the production of glutamate and other key neurotransmitters that regulate one’s capacity to savor the sweet taste of Lucky Charms. The study found that the damage caused by repetitive head injuries was so severe that the brains of players in their 30s—many still in their physical primes at the time of death—exhibited a similar or even worse capacity for enjoying Lucky Charms as the brains of patients with dementia in their 90s, signaling that the NFL concussion crisis is even direr than previously believed.

“We found that even just one or two mild concussions over the course of a career could profoundly hinder a player’s long-term ability to process the taste of the sugary marshmallow bits in Lucky Charms cereal,” said General Mills’ chief neurologist Dr. Rachel Colgrobel. “Further, the cognitive decline typical with later-stage CTE can make it extremely difficult for players to appreciate all the fun colors and silly shapes in Lucky Charms. And even if players do manage to retain some degree of enjoyment for the cereal, the deterioration of facial muscles common with the disease could limit them from expressing their satisfaction with a smile.”

The study also confirmed data from previous studies linking CTE to erratic behavior and poor judgment, which General Mills researchers warned could result in players purchasing cereals that are inferior to Lucky Charms, such as Grape-Nuts, Honey Smacks, or other similar offerings produced by their competitors. While the study didn’t explore possible means for stopping or reversing CTE’s assault on players’ ability to enjoy Lucky Charms, the research team is hoping to secure additional funding and NFL brain specimens in the near future to begin investigating how to safeguard one’s cereal gratification against the dangers of contact sports.

These sobering new findings may be hard to swallow for those who relish the hard-hitting action of NFL football, but true fans of the sport—and the league itself—must not ignore them. It’s time to start having some serious conversations about how to keep the players safe on the field and keep them satisfied with their Lucky Charms.