Could Chasing A Thieving Monkey Down An Alley And Falling Through A Rusty Grate Into A Lost Trove Of Ancient Potions Be The Future Of Healthcare? 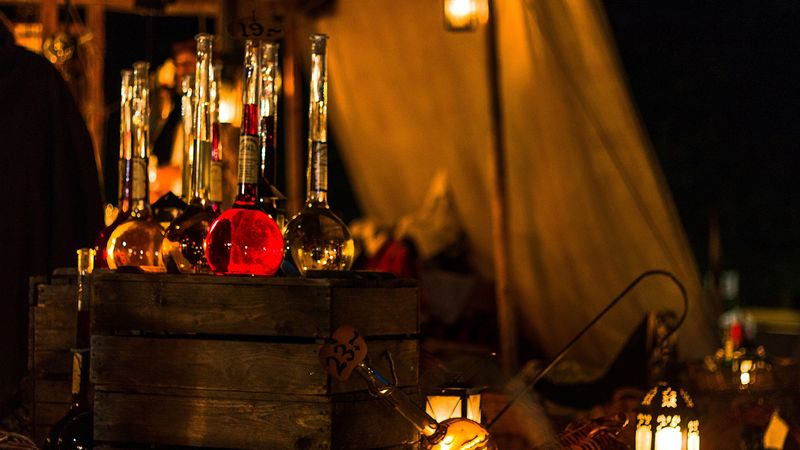 After the sudden and very public failure of the Republican healthcare bill, more and more ideas are emerging about how to make coverage more accessible and affordable for Americans. One idea in particular is getting a lot of attention for being one of the most feasible options, and it’s making a lot of people wonder: Is chasing a thieving monkey down an alley and falling through a rusty grate into a lost trove of ancient potions the future of healthcare?

With divisions on Capitol Hill preventing any progress toward better coverage for the foreseeable future, a growing number of experts are warming up to the notion that the most practical healthcare option for most Americans in coming years will likely involve having your pockets picked by a sneaky monkey and pursuing that monkey through a crowded street market until you eventually plunge through a rickety platform into a dusty, cobweb-strewn stone vault full of ancient wonders and mythical healing elixirs.

Now here’s why you just might see this system sooner rather than later: Unlike existing healthcare plans, which are plagued by exorbitant costs and are powerless to the whims of drug companies, a healthcare system based on falling into centuries-old treasure lairs after an impish monkey nabs the timepiece your grandfather gave you would ensure free coverage to anyone willing to plummet onto a pile of vapor-producing spirits stored in human-skull chalices, and it would be beholden to no outside interests except for the dormant gods whose spirits are entombed among the loot.

“By cutting insurance companies out of the equation, this approach would give the average American access to treatment options not covered by most current plans, whether that’s a bubbling Olmec tincture that gives you the virility of a sacred toad, a vial of king’s blood that makes you impervious to enemy spears, or a goblet of golden wine that imbues you with the ghost of an unbaptized child but also treats Type 2 diabetes,” said healthcare policy expert Jeffrey A. Sachs, adding that such a plan could work for virtually any American, provided their hearts are free of avarice when they drink from cursed teapots. “This is something that both Democrats and Republicans can get behind, as progressives will appreciate how coverage is guaranteed to anybody who kisses the opal ring of the ageless crone guarding the holy gems, and conservatives will like how the increased availability of immortality tonics lessens the burden on Medicaid.”

Yet while healthcare rooted in the consumption of storied potions in subterranean ruins found only when a hooting marmoset grabs your daughter’s beret and you chase after it, yelling curses that echo off the sandstone walls of an alley not on any map, certainly has many upsides, it’s by no means a perfect solution. Not only would Americans no longer be able to choose their primary care provider, but should they tumble into a vault that harbors a jealous idol, they might be subjected to vexed potions that could render their tongues incapable of speaking truths or turn their firstborns to ash. Further, any time you fall into an ancient treasure crypt, you assume a myriad of risks such as aging rapidly from swallowing unblessed sheep’s bile, being raped by Byzantine marauders, accidentally breaking seals that unleash new ages of pestilence, and unwittingly drinking from skulls with venomous cobras curled up in them.

While it may not be perfect, running after a rapacious howler monkey that swooped down and took your passport, causing you to fall through an old grate onto a cache of ancient potions, is getting a lot of attention as the healthcare of tomorrow. Unless U.S. politicians find some better coverage solutions soon, Americans could very well start trading in their PPOs for sacred-vault potions within the next five to 10 years.