Could Go Either Way: No One In This Family Can Tell If Their Uncle’s Facebook Page Has Been Hacked 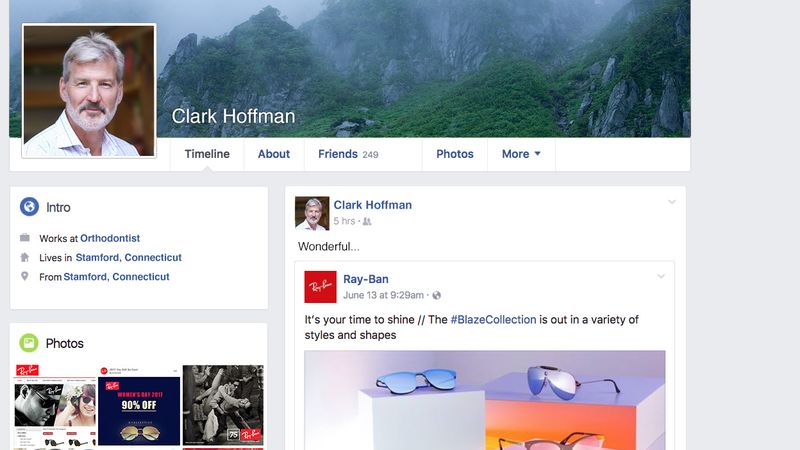 We’ve all seen spammy, bizarre posts from a friend’s Facebook account that got hacked, and it’s typically immediately obvious that something is not right. But not for the Hoffman family: They are currently sifting through their Uncle Clark’s recent Facebook posts, and they honestly have no idea if he’s been hacked or not.

Safe to say this is definitely a stumper.

A hacker who accessed Clark’s account, or potentially just Clark himself acting under his own power, first raised suspicions among the family last night when he posted a link to discount Ray-Bans, captioned only with the word “Wonderful…” While the family agreed that, at first glance, this looked like some sort of scam, they also thought it was pretty fitting with his character that their uncle just wanted to let his friends know about an amazing deal he found. However, the family noticed that the ad was redirected through an enigmatic Bitly link, which could just as easily lead to a malware-laden website as it could to a legitimate online marketplace that Uncle Clark just sort of found on his own.

Making matters more confusing, Clark then immediately followed up by sharing two emotional Thai insurance commercials in quick succession, as well as something captioned “SHOCKING longest snake EVER” that looked kind of like a video, but was very clearly just a grainy photo of a snake with the “play” icon photoshopped on top of it. He also changed his profile picture to a tiny photo of a yellow Camaro that looked like a screenshot of a thumbnail he’d found somewhere online and commented “bellissimo” on a photo of a woman in a bikini posted by a page called “I Freaking Love Buffalo Wings and Snooker.”

Was he hacked or is this just classic Uncle Clark, who once grabbed a snapping turtle out of a lake at a family reunion and brought it to the dinner table just to freak people out? The Hoffmans are having some trouble making heads or tails of this one.

As if this weren’t all confusing enough, these posts were the first activity that Uncle Clark had made in three months. Did he accidentally give up his login information in a phishing scam or did he just recently remember his password? Maybe he’s letting his new, much older girlfriend, Cindy, whom he met on a merchant marine ship, post on his account now? The Hoffmans feels like it could really go either way.

Whether hackers are wreaking havoc on this Facebook page or Uncle Clark is just doing his thing, it’s pretty unclear. Best of luck to the Hoffman family, because this one isn’t getting solved anytime soon.