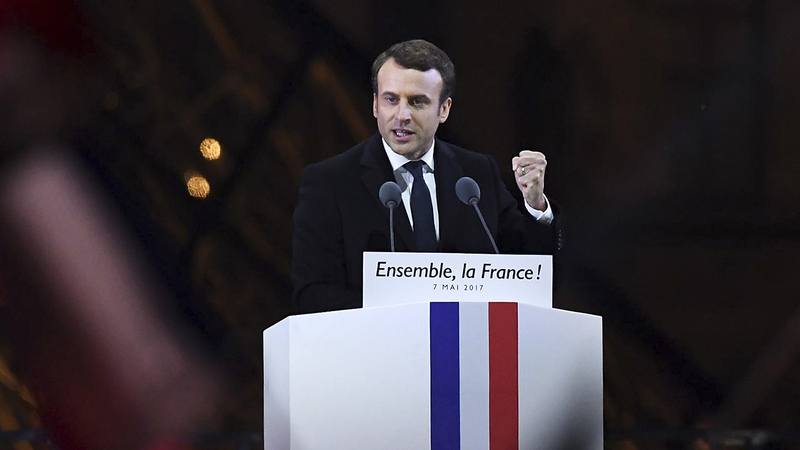 France just ended its most consequential election in decades, but the country still faces more political turmoil: President-Elect Emmanuel Macron’s study abroad program ends in June, and he’ll have to return to his studies at the University of Texas.

Wow. After an election full of twists and turns, France has just been dealt its most stunning curveball yet.

“This semester in France has been life-changing for me,” said an emotional Macron during his victory speech. “The food, the culture, the history—it’s totally mind-blowing. My host family treated me like one of their own. As they say in the beautiful French language, I’ve had a ‘magnifique’ time in Paris, and I’m really going to miss the place when I’m back in America.”

French moderates thought they could breathe easy after the defeat of the right-wing Marine Le Pen, but when Macron takes office on May 14, he will have barely a month to enact his agenda before resigning and going home to resume his undergrad degree in electrical engineering at UT. Macron had hoped to stay president of France until the end of June, but he’s trying to squeeze in a side trip to Prague and Budapest during his final week in Europe.

Even though Macron will not be able to be the French president for very long, the rising UT senior was clearly humbled to receive nearly 21 million votes from French citizens.

“My favorite day in France was when we took a class trip to this museum—not the Louvre, though that was cool, too,” Macron told supporters after his landslide victory. “The museum was in the French countryside, which was so pretty, and they had this outdoor garden with all these Rodin sculptures. I forget the name of the museum, but it was really great. Then for dinner we went to this vineyard that had a restaurant attached to it, and we tasted all these different French wines, and after that, news broke I had advanced to the second round of the presidential election.”

“I’ve made a ton of French friends, too, so I’m sure I’ll be back to visit” Macron added. “My buddy Henri said I need to come to his parents’ house in Bordeaux, so maybe next year I’ll be back and I can be your president for a week or two. Henri and I are going to keep in touch for sure, so that’s definitely happening.”

Macron went from being a long-shot candidate to eventually learning that French winemakers have a word called terroir that refers to the unique environmental factors that affect the taste of grapes grown in different regions, and he finally crushed Le Pen with 66.1 percent of the vote.

Despite his fun time in France, Macron admitted that the country still faces severe challenges, like rising economic stagnation, terrorist threats, and the difficulty of the French Enlightenment history class he enrolled in. “I thought it would be an easy A, but it’s actually really hard,” admitted Macron. “They make you study Voltaire, Descartes, Rousseau—all the big guys—and you have to write a paper every week. It’s interesting, but it’s a lot of work.”

Although France will soon have to manage without Emmanuel Macron’s leadership, he vowed to never forget his six months living in the country and commemorated his stay by getting a shoulder tattoo of the Eiffel Tower’s geographic coordinates. For French voters, this is a shocking finale to an election that defied all expectations.