D.C.’s Fashion Rebel! Kyrsten Sinema Showed Up To A Senate Vote Wearing A Leather Mask And Dangling From Hooks In Her Back 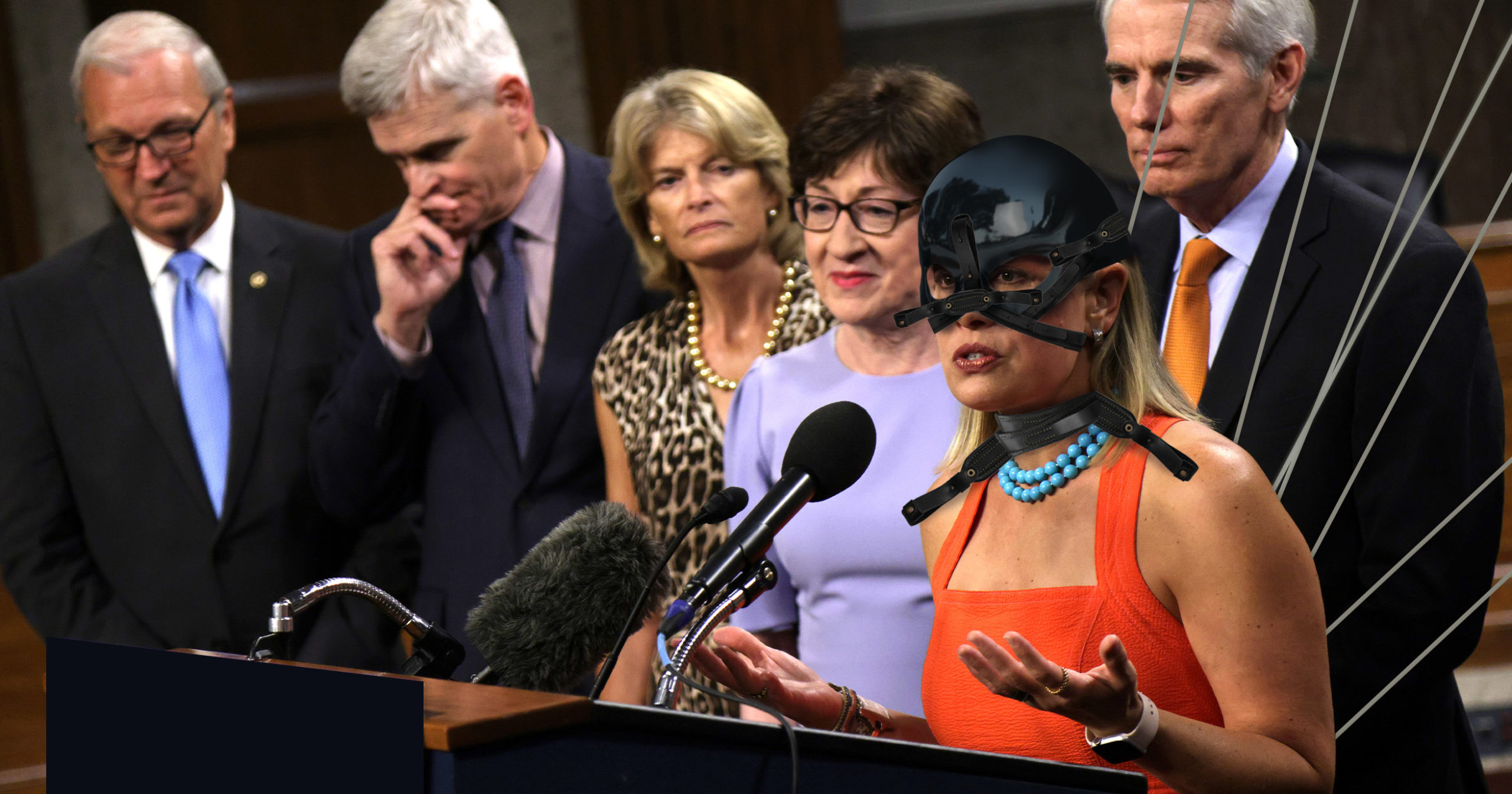 Kyrsten Sinema (D-AZ) is a moderate liberal known for marching to the beat of her own drum, whether she’s breaking from her fellow Democrats on policy or showing off her rebellious taste in fashion on the Senate floor. Her latest outfit is bound to make the biggest splash yet: Sen. Sinema just arrived to a vote wearing a leather mask and dangling from hooks in her back.

Okay, Kyrsten is serving straight looks with this one!

This morning, as Senators gathered to vote on key provisions of President Biden’s social spending bill, all eyes were on Kyrsten Sinema’s incredibly bold look for the day: a eye-catching leather gimp mask, a thick black dog collar, and several large silver fishing hooks affixed to the skin of her back that suspended her from chains attached to the Senate chamber ceiling. As dark red blood dripped to the floor from the puncture holes in Sinema’s flesh, the Senator’s outfit stood out in stark contrast to the decidedly un-flashy business suits and pantsuits of her cohorts—an apt metaphor for her unique position within the Democratic party. When it finally came time to approve a proposal regarding student debt relief, Sinema ultimately voted ‘No’ before zipping her gimp mask shut and flashing a thumbs down that caused her to sway from side to side as she dangled 10 feet off the ground. Sinema’s chains swung and creaked in the loaded silence that follow her latest departure from the party line, underscoring her idiosyncratic approach both to fashion and to her work as a Democratic senator.

No matter what you think of her ideological stance, you have to admit that Senator Sinema is an independent thinker. Whether it’s her policy positions or her courage to show up to work in masochistic dungeon attire, Sinema is always going to follow her own instincts. Props to you, Kyrsten!