Decimating The Arts District: What Was Once A Lively And Bustling Capital One Cafe Is Now A Charmless Chase Bank 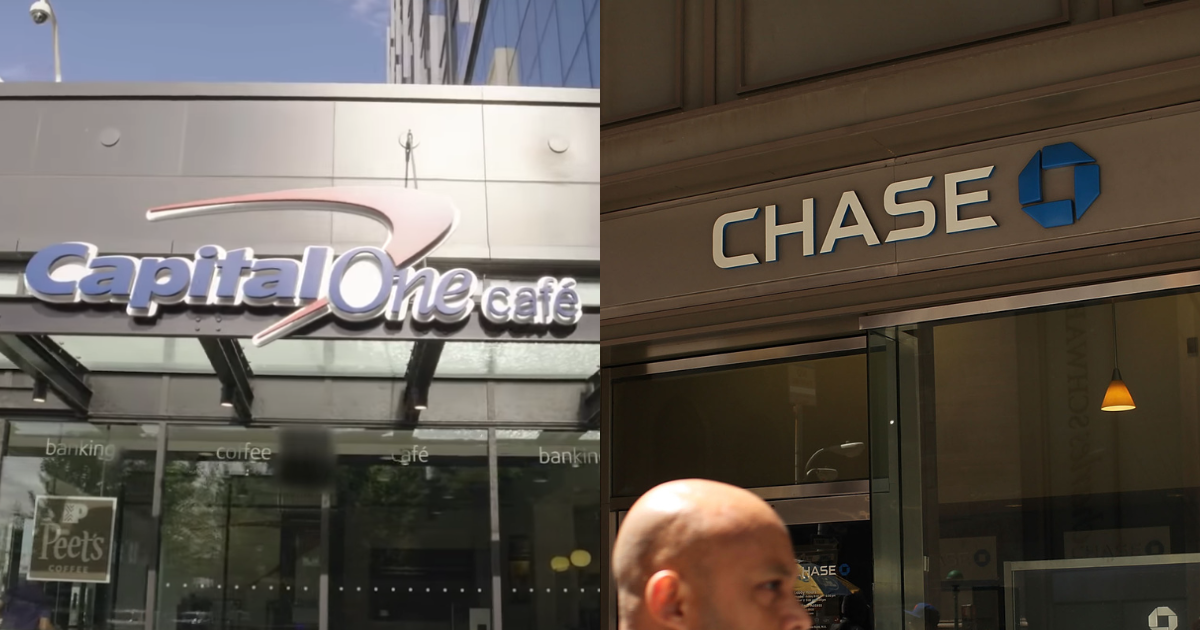 As gentrification takes its hold on American cities, it can be hard to watch as beloved institutions that once served as home for artists and beatniks are mowed down and replaced by soulless, corporate enterprises. Take for instance this story out of Chicago’s River North neighborhood, where what was once a lively and bustling Capital One Cafe is now a charmless Chase Bank.

For the last three years, any wayward creative director or account manager in downtown Chicago was welcomed into the open arms of the Capital One Cafe, where they could share Evian bottles and prepackaged Hillshire Farms cheese and meat trays with like-minded millennials while discussing revolutionary ideas, like how to build your personal online brand. At the Capital One Cafe, there was always a friendly Bank Ambassador waiting to suggest ways to diversify your investment portfolio, but tragically, now that the cafe has shuttered, if River North residents want to hear ways to diversify their investment portfolio, they’re going to have to do it at the buttoned up, stodgy Chase Bank instead.

This neighborhood is never going to be the same.

If you can believe it, for nearly a quarter of a decade, nonconformists were able to pop into this local Capital One Cafe in between conference calls, sip a warm cup of Peet’s Coffee brewed with love several hours earlier, and leaf through a pamphlet about the credit cards available at Capital One while listening to the anti-establishment tunes of underground bands like The Lumineers or Vance Joy. And sure, people could still drop by the Chase Bank to pick up a pamphlet about credit card options, but where are they supposed to read it? In their high-rise condo while drinking a cup of home-brewed Peet’s Coffee while listening to the “Coffee Shop” playlist on Spotify? Please. Everyone knows that experience is just not going to be the same, especially when you’re sitting on your own velvet mid-century modern couch from Article instead of the boucle couch from Article available at the Capital One Cafe.

This is seriously so depressing.

Once these trends start, it’s only a matter of time until the neighborhood is just living in a shadow of itself. Every day, there are fewer and fewer places where a free-thinking Wharton grad can meet with an older Wharton grad to pick their brain over a shrink-wrapped baguette sandwich, and now it’s only a matter of time before the median rent for a one-bedroom in the neighborhood jumps from an affordable $3500 to an abysmal $3850. What a shame.