Deeply Troubling: Cheese Nips Just Put Out A Vague Announcement About How We Will All Rue The Day We Let Cheese Nips Play Second Fiddle To Cheez-Its 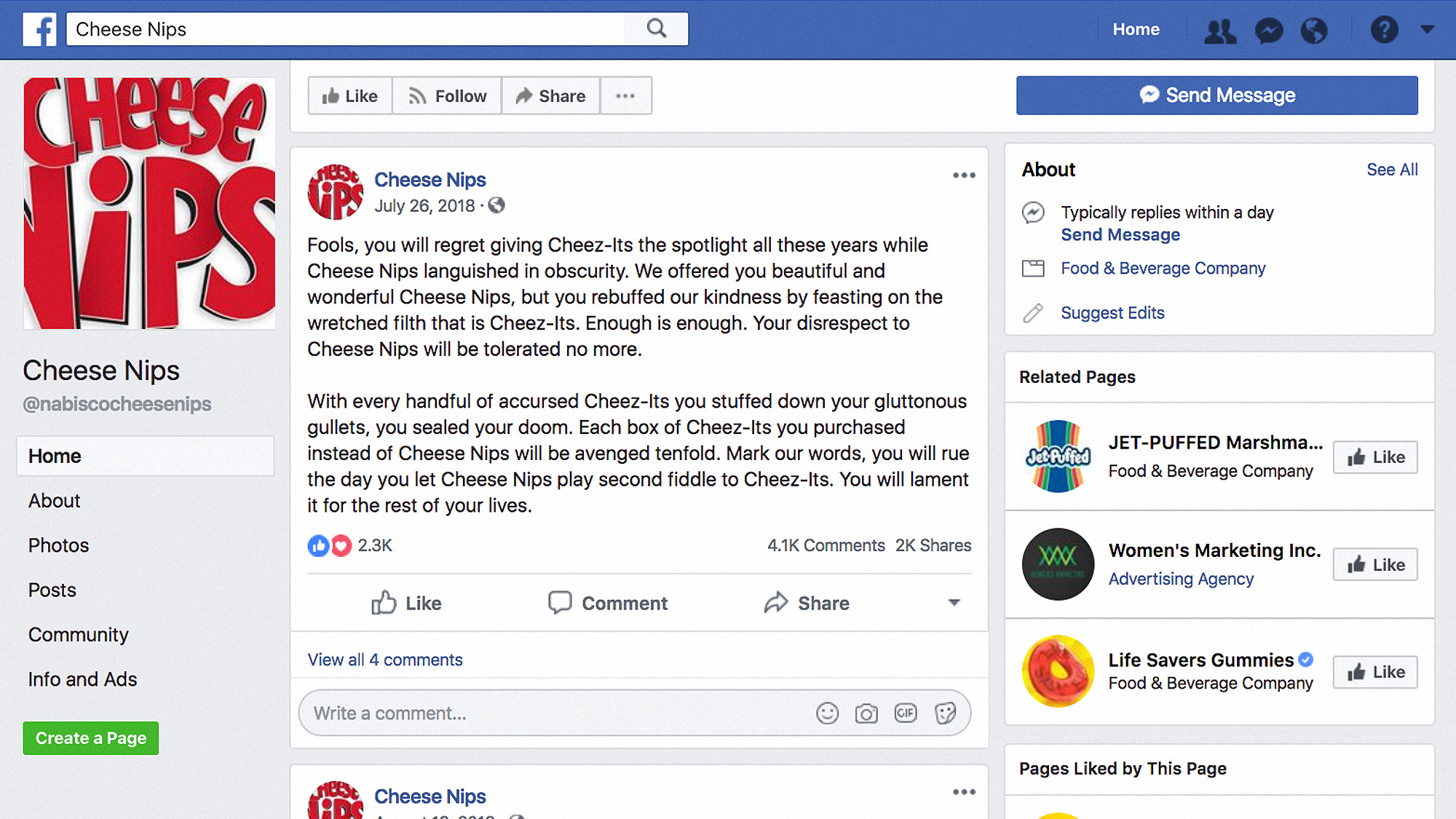 Cheese Nips just went on social media to release a cryptic and disturbing announcement. In an ominous Facebook post, the cheese-cracker brand declared that people would rue the day they let Cheese Nips play second fiddle to their competitor Cheez-It.

It’s not clear what Cheese Nips means by that, but it can’t be good. Read the message for yourself, but be warned, it’s pretty chilling:

Initially, some commenters on the post speculated that perhaps Cheese Nips was only pretending to be angry as part of a marketing stunt, but the snack-food company quickly responded with comments of its own insisting it was dead serious, warning that there will soon be “weeping and gnashing of teeth all throughout the land” and that those who have purchased Cheez-Its in the past will find themselves “desperately pining for death.”

Yikes. Cheese Nips is not messing around.

While it’s still uncertain what, exactly, Cheese Nips is planning to do, the company has made it painstakingly clear that no one will be spared its wrath, whatever form it may take. We’re already regretting not buying more Cheese Nips, and we can only hope that it will come to its senses and decide to show consumers some mercy.