Deeply Troubling: Garry Kasparov Has Tested Positive For CTE After Years Of Using His Head To Hit The Chess Clock 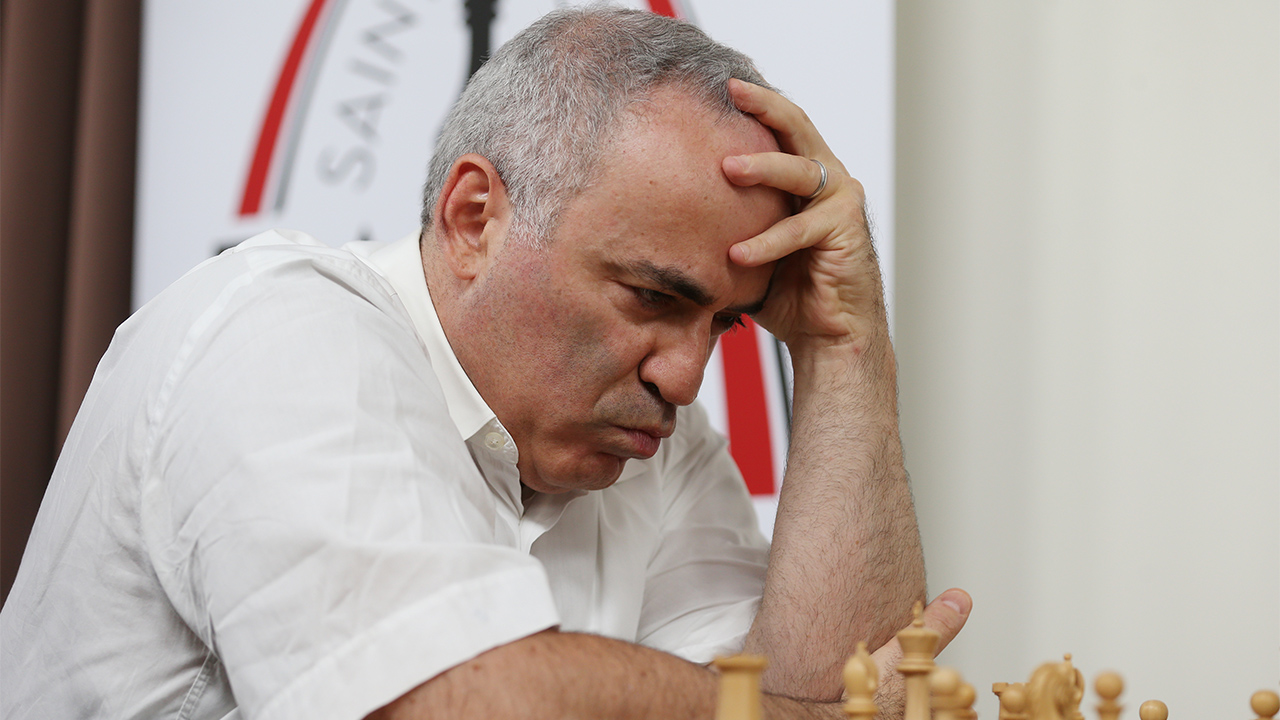 One of the greatest chess players of all time just received some devastating news that could have profound ramifications on the game for years to come: Former chess world champion and Grandmaster Garry Kasparov has been diagnosed with chronic traumatic encephalopathy after a lifetime of using his head to hit the chess clock during matches.

In a heartbreaking statement announcing the news, the Kasparov family disclosed that after months of behaving erratically, Garry finally agreed to visit a neurologist, who would end up delivering the diagnosis that the family feared most. CAT scans of Garry’s brain indicated that, as a result of him using his dome to head-butt the chess clock after every move he’d made from childhood all the way through to the leisurely matches of retirement, the chess legend had sustained the degenerative brain disease that currently has no cure.

“Looking at the brain scans, it’s clear to see just how much irreparable damage Garry has done after years of subjecting his skull to intensive impact between every chess move he made,” commented UCLA neurologist Mary Jimenez. “Smashing your face into the chess clock as hard as you can just once can cause lasting brain injury, and Garry was doing this dozens of times for every match for decades. The human brain was simply not designed to sustain the kind of repeated blunt impact inherent in the career of a chess Grandmaster, and as a result, Garry Kasparov’s CTE is very advanced.”

In retrospect, there were major red flags that Kasparov’s habit of slamming his head as hard as he could after every move was taking a toll on his body and mind. Everyone remembers the 1985 championship match against defending champion Anatoly Karpov when Garry rammed his face into the chess clock so hard that he lost consciousness and lay facedown, motionless on the table for a full three minutes before he regained consciousness. This should have been a major red flag, but instead of calling off the match to give Kasparov medical attention, officials simply let him keep playing as if nothing had happened, and he continued to use his head to hit the chess clock an additional 26 times before the end of the game.

At the time, Garry was celebrated for his grit and determination, but now it’s clear that his willingness to keep playing chess through concussive vomiting spells and complete loss of bowel control has finally destroyed his health.

Absolutely heartbreaking. The worst part of this devastating news is that Kasparov’s CTE diagnosis has deeply troubling implications for the current generations of chess players, who have spent their lives trying to emulate Garry’s legendary career by using their skulls to hit their clocks as hard as they can after every move. These younger players may end up grappling with the same debilitating disease that currently plagues their hero, unless the chess world takes steps to address their sport’s culture of wanton head-slamming sometime soon.