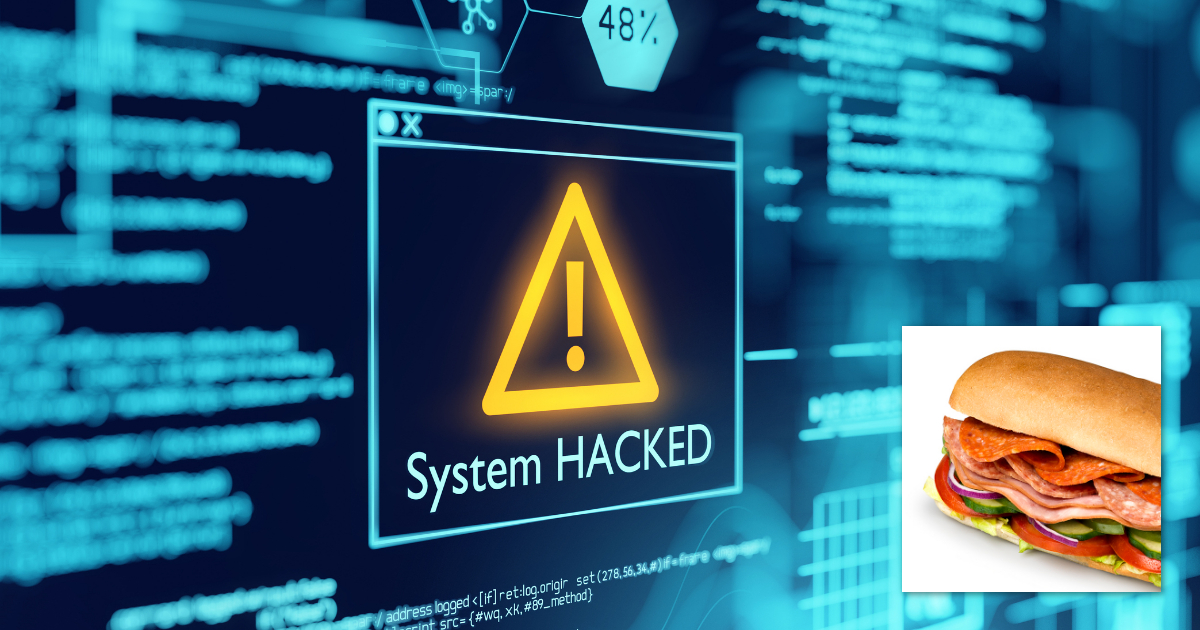 When cyberterrorists infiltrate company servers and expose highly sensitive data, the implications can be catastrophic, which is something that one major fast food chain is currently learning the hard way: Hackers just leaked Subway’s training videos online, giving foreign adversaries everything they need to construct Italian BMTs of their own.

Jesus. It’s terrifying to think of what might happen should this information get into the wrong hands.

Earlier today, a group of hackers who operate under the name DeliTruth dumped over 50 hours of Subway training videos onto a dark web forum dedicated to exposing corporate and government secrets, allowing anyone with a WiFi connection to access detailed blueprints for how to construct the foul-tasting sandwiches and deploy them for their own sinister means. Between demonstrating proper bread slicing techniques to revealing how many slices of Genoa salami go on a six-inch, these tutorials provide all the intel necessary for hostile countries to build exact replicas of Subway’s miserable take on a classic Italian sub, which is pretty much the last thing this fractured, unstable world needs right now. The data has already been downloaded thousands of times and shared widely across the internet, meaning it’s too late to do damage control. Unfortunately, all we can do now is sit back and watch as America’s greatest foes seize on the evil potential of these slimy footlong abominations and commit devastating crimes against deliciousness.

“We are working quickly to close the firewall gap in our system that was exploited by hackers, but the alarming truth of the matter is the data is out there, and our nation’s enemies are almost certainly working now to weaponize Italian BMTs on an unprecedented scale,” said Subway in a press release addressing the cyberattack. “These training videos were intended to be used by newly hired sandwich artists as tools for good. But the grim reality is that terrorist groups across the globe are likely now stocking up on Black Forest ham and green peppers to commit unthinkable atrocities, and there is little we can do to stop them.”

“At this point, all we can do is pray,” the statement continued.

With the secret to Subway’s Italian BMT out in the open, there are endless nefarious ways that authoritarian regimes or terrorist organizations can use these 820-calorie monstrosities, whether force-feeding them to dissidents to get confessions, silencing pro-democracy movements by inflicting their leaders with brutal diarrhea, or even trafficking their own versions of the BMTs on the black market to create large underground fast casual sandwich networks with cash flows rivaling those of legitimate Subway franchises.

This is, to put it lightly, an absolute nightmare scenario. Not to be alarmist, but everyone should be shitting their pants right about now.

While it is too late for Subway to put their Italian BMT training videos back under wraps, here’s hoping other companies will see this as a wake-up call to safeguard their own data before it ends up in the wrong hands. For now, we can only expect to see more and more U.S. adversaries going scorched-earth with the Italian BMT.