Deeply Troubling: Nickelodeon Confirmed That The ‘Legends Of The Hidden Temple’ Guards Got To Keep The Kids They Captured 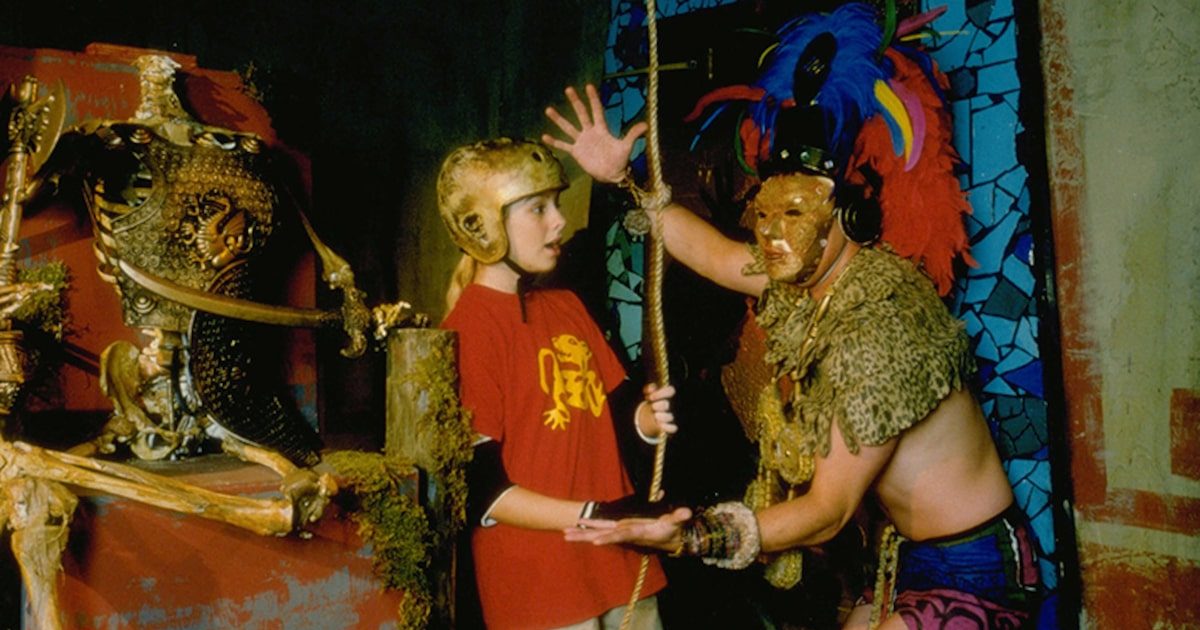 Yikes. This is quite troubling, to say the least.

Nickelodeon released a statement earlier this week admitting that the show’s Mayan sentinel guards, who would pop out and capture tween contestants who didn’t have Pendants of Life to pay them off, were permitted to take the children home and keep them forever as their property. The network explained that this is how the guards were compensated for their time.

“Before filming each episode, the contestants would gather around Olmec and listen to him explain that if they were grabbed by a guard while trying to navigate the Dark Forest or find the Shrine Of The Silver Monkey, they would be taken away, never to see their families again,” Nickelodeon explained in the statement. “For the most part, kids were willing to take that risk in the hopes of completing the course and winning a Magnavox Portable Boombox or an all-expenses-paid trip to the Ramada South Ocean Beach Resort.”

Huh. We always just assumed the guards would let the kids go when they got backstage, and the whole “capture” thing was totally fictional. This definitely casts the show in a different light.

Nickelodeon went on to say that during the show’s four-year run, approximately 85 children were claimed by the guards and never seen again, noting that “it is likely the guards either raised the kids as their own or disposed of them once they were no longer useful.” The network added that it bears no responsibility for whatever fate befell the children, as “the kids signed a form agreeing to it, and if they didn’t want to be taken from their families and possibly enslaved by scary Mayan guys, they should’ve read the fine print.”

While this is all clearly on the child contestants for foolishly agreeing to the show’s terms, it’s nonetheless a bit upsetting, and it definitely tarnishes some of the happy memories we have of watching “Legends Of The Hidden Temple.” Hopefully Nickelodeon isn’t pulling anything like this on their shows anymore, because it is not okay to abduct children, even if they perform poorly in Mayan-themed obstacle courses on national television.