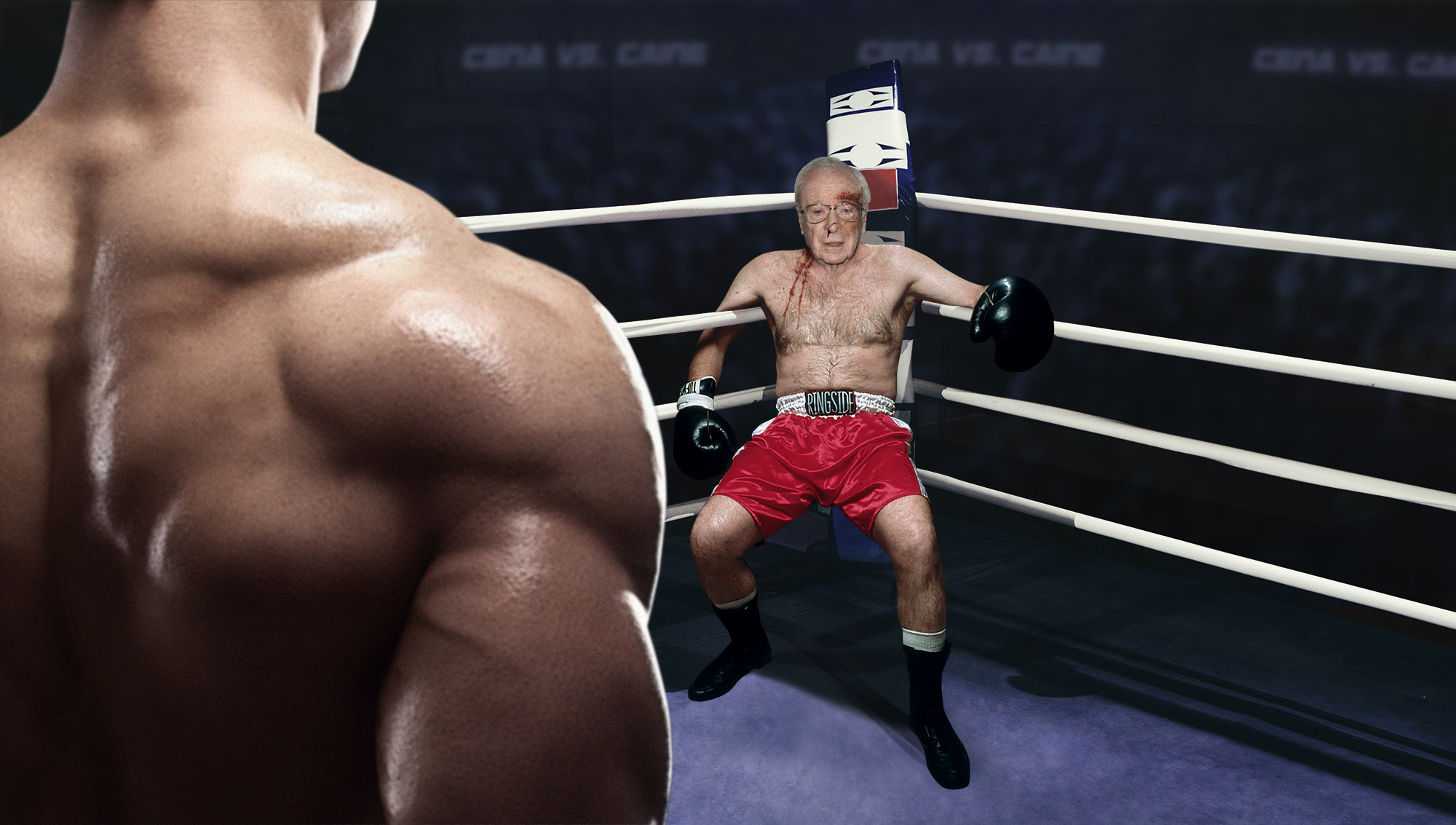 Well, this is definitely some disturbing news.

Yikes. Whatever this is, it certainly can’t be good.

It would stand to reason that when John Cena tweeted, “It’s finally happening. TONIGHT: CENA V. CAINE,” alongside a photo of a shirtless Michael Caine in boxing gloves this morning, he did so because the renowned 85-year-old actor agreed to fight him in some sort of charity match. While John Cena didn’t specifically mention any charities or nonprofits involved in the event, it seemed like it was pretty much a given that if Michael Caine was going to enter the ring with a professional wrestler, it would be in some sort of controlled setting intended to raise money for a cause they’re both invested in. Now, seeing John Cena enter his sixth round of absolutely pummeling Michael Caine in the boxing ring, it’s pretty hard to ignore the fact that there are no signs for a charity anywhere, and even at the beginning of the bout, when Michael Caine wasn’t severely concussed, he still never even tried to rally the crowd for donations.

What exactly is going on here? Things are definitely starting to look a bit dicey for Michael Caine.

While you’d think that these two celebrities would be facing off to raise money for some sort of cause, there’s a sign outside the door that says, “Free admission,” and the guy with the folding table who’s been selling snacks to the crowd seems to be putting the money he’s been getting back into his own wallet. For a second it looked like maybe the little girl in the front row with the breathing tube was going to be introduced as someone who needed help paying for medical expenses, but by all appearances she’s just here to enjoy the bloodbath with everyone else. The referee keeps referring to the event as Sock It To Pneumonia, but the lack of donation opportunities is starting to make it unclear whether they’re raising money for the disease or whether “Pneumonia” is just Michael Caine’s nickname.

Whatever forces brought Michael Caine and John Cena together for this boxing match, it definitely looks like neither of them is holding back at all. John Cena pretty much started wailing on Michael Caine the second the starting bell dinged, and for his part, Michael Caine has been refusing to tap out, even though he’s pretty clearly suffered some major injuries at this point. After every round, Michael Caine spits blood on the ground and asks John Cena, “That’s all you got?” before raising his fists to go again, and John Cena really lets him have it, even though you’d think he’d really be holding back more if this were just some sort of charity match. But now he’s got Michael Caine against the ropes and the entire crowd is chanting, “Finish him,” and it doesn’t look like this event ever had any sort of philanthropic mission to speak of.

Huh. It’s hard to say exactly what’s going on here, but whatever it is, things are looking pretty bleak for Michael Caine. This definitely cannot be good.