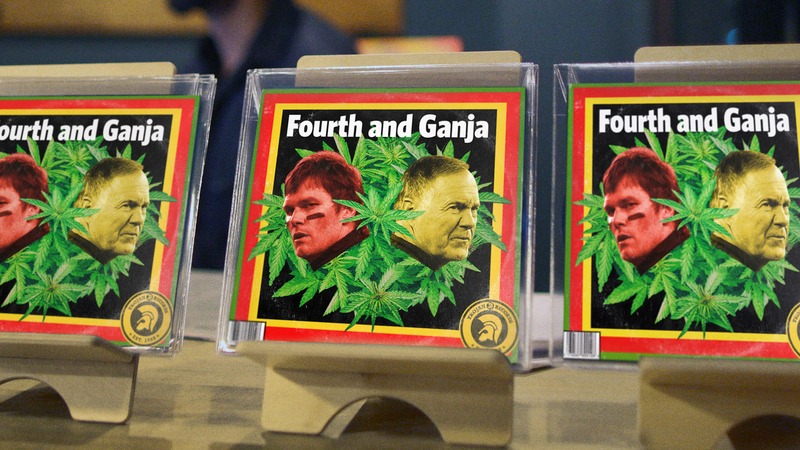 Well, this is a huge disappointment. The Patriots had high hopes for Super Bowl LII, but now that they’ve lost the big game, their stocks have gone tumbling, and this latest news shows just how far they’ve bottomed out: Sales of Tom Brady and Bill Belichick’s new reggae album Fourth And Ganja have plummeted.

For these two competitors still licking their wounds after losing a Super Bowl, it must be crushing to learn just how few people are listening to their laid-back football grooves.

Expecting that their album would ride the wave of a big Super Bowl LII victory to Billboard success, Brady and Belichick dropped Fourth And Ganja on Super Bowl morning, and their big single, “Gameday In Kingston Bay,” saw a flurry of downloads until the game wrapped up and Eagles fever swept the nation. Now, the island-inspired record about living the easy life and preparing for a divisional showdown with the New York Jets has barely sold 2,500 copies. Critics have in fact praised Belichick’s chilled-out vocals and Brady’s groovy percussion on songs like “Ref, Trade That Whistle For A Spliff” and “Unnecessary Roughness (Rude Boy),” but with the Patriots out of favor in the public eye, the album is simply not blowing up.

Absolutely heartbreaking. Under the right circumstances, this album could have been a slam dunk.

In a bashful public statement this morning, Belichick and Brady announced that they would be canceling their upcoming 15-city Mystic Patriots tour, and that they would not be appearing as musical guests on Saturday Night Live to perform “Don’t Dump Gatorade On Me (Cuz I’m Smokin My Shit)” in March. The pair has also postponed a music video collaboration with Shaggy until further notice.

Wow. It doesn’t get sadder than this. After a painful Super Bowl loss, two of the biggest names in American football now have a total loser of a reggae album on their hands. Let’s hope that even if the record doesn’t get the publicity Brady and Belichick wanted, fans appreciate the artistic vision that made it possible. Better luck next time, Patriots!