Devastating: The World’s Last Remaining Male White Rhino Has Died After Getting Trapped Inside A Tanning Bed 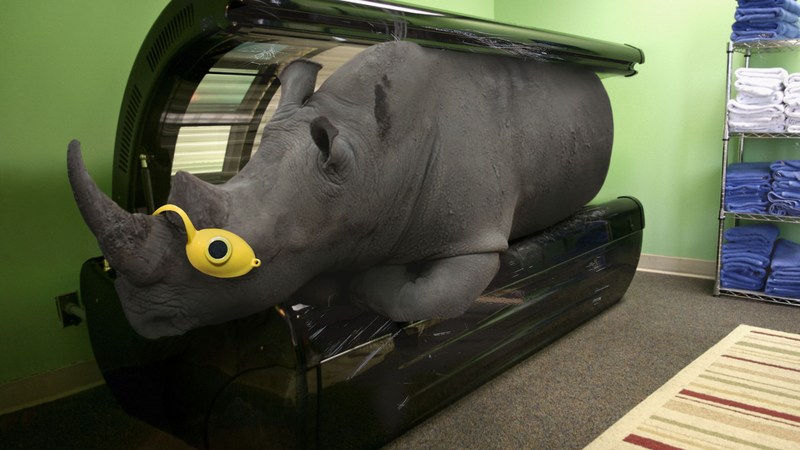 Human expansion has had absolutely devastating impacts on biodiversity across the globe, and this latest blow highlights just how dire things have gotten: The last male northern white rhinoceros left in the entire world has died in captivity after becoming trapped inside a tanning bed.

Many are asking what could have been done to prevent the fate of this majestic species, but with the rise of industrialization across the continent, experts say it was inevitable that the last northern white rhinos would get trapped in tanning beds eventually. Even with all the efforts from the World Wildlife Fund and local organizations, the final rhino toddling into a Johannesburg BronzeNow location after hours, getting its horn stuck in a tanning bed chassis and eventually flopping over into the bed in exhaustion trying to get itself free was always a matter of when, not if.

Sadly, that when was yesterday.

Naturalists were initially encouraged when the employees of BronzeNow opened the next morning and the rhino, while in bad shape, was still alive. However, hope for the future of this incredible creature dropped to zero when an employee mistook the struggling rhino for a paying customer and turned the bed on, frying the rhino to death and robbing the world of a beautiful specimen.

This is a tragic end to the beautiful white rhino, which as recently as the 1970s numbered in the thousands across the African savannah. We hope that greater minds than ours will be able to use this tragedy to prevent other endangered species from urbanization and the ever-present threat of getting trapped in tanning beds that comes with it.