Devastating: The World Wildlife Fund Just Announced That There Are Only Three White Rhinos Left And One Of Them Sucks 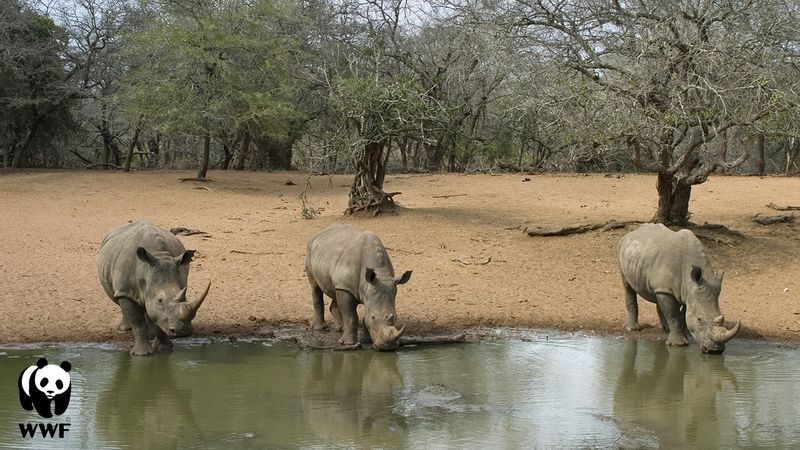 Well, this is definitely the worst news you’ll read all day.

Only a few short decades ago, the northern white rhinoceros roamed the savannas of Africa in numbers that reached well into the thousands. These gentle beasts were a hallmark of the region, but human activity has since ravaged their population, and now their situation is truly dire: The World Wildlife Fund just announced that only three of these majestic animals still exist, and on top of that, one of them totally sucks.

What an unspeakable tragedy.

The fact that the world stood idly by as hunting and human encroachment decimated this noble population is certainly a hard pill to swallow, and it doesn’t make things any easier that one of the three rhinos is, by all accounts, a certifiable dunce with a habit of getting himself wedged between large rocks and grunting loudly until someone helps get him out. To be left with just three of such a beautiful animal is a depressing state of affairs, and when you consider that one of them is a hand-to-God idiot who won’t stop licking the windows of the biologists’ Jeeps, horrible doesn’t even begin to describe it.

In an effort to preserve what little hope exists for the continuation of the species, the WWF has transported the two remaining good rhinos and the one swing-and-a-miss of a rhino to a wildlife refuge in Kenya. Had humanity raised its voice in opposition to the disgusting violence perpetrated against these gentle giants sooner, perhaps armed guards would not now be needed to protect the three surviving members of this species—even the shitty one, whom the guards are very reluctant to protect because he often falls asleep on top of smaller savanna animals, crushing them to death, and his eyes are always crusty with repulsive yellow gunk.

Though the future looks dismal for these stately titans, extinction is not inevitable. Biologists say that the two female rhinos are fertile and of mating age. However, when considering that their offspring would contain half the DNA of the 3-ton moron who intentionally drags his horn through his own shit on a regular basis, the more humane solution may very well be to let this species die out with dignity.

This one rhino really fucking sucks.

The thought of a natural world made less diverse by the loss of this magnificent African mammal is a painful one, and for these rhinos, survival is by no means assured. So take a moment to appreciate the true nobility of this species, except for the one rhino, who hasn’t done a single noble thing in his entire goddamn life. With any luck a poacher will sneak into the reserve and shoot this dumbfuck animal and put us all out of our misery. And then let’s work together to make sure something like this never happens ever again.