Did ‘Sesame Street’ Go Too Far When It Showed Bert And Ernie Dragging Their Human Puppeteer Dead Behind The Back Of Their Car To Teach Children About Mutiny? 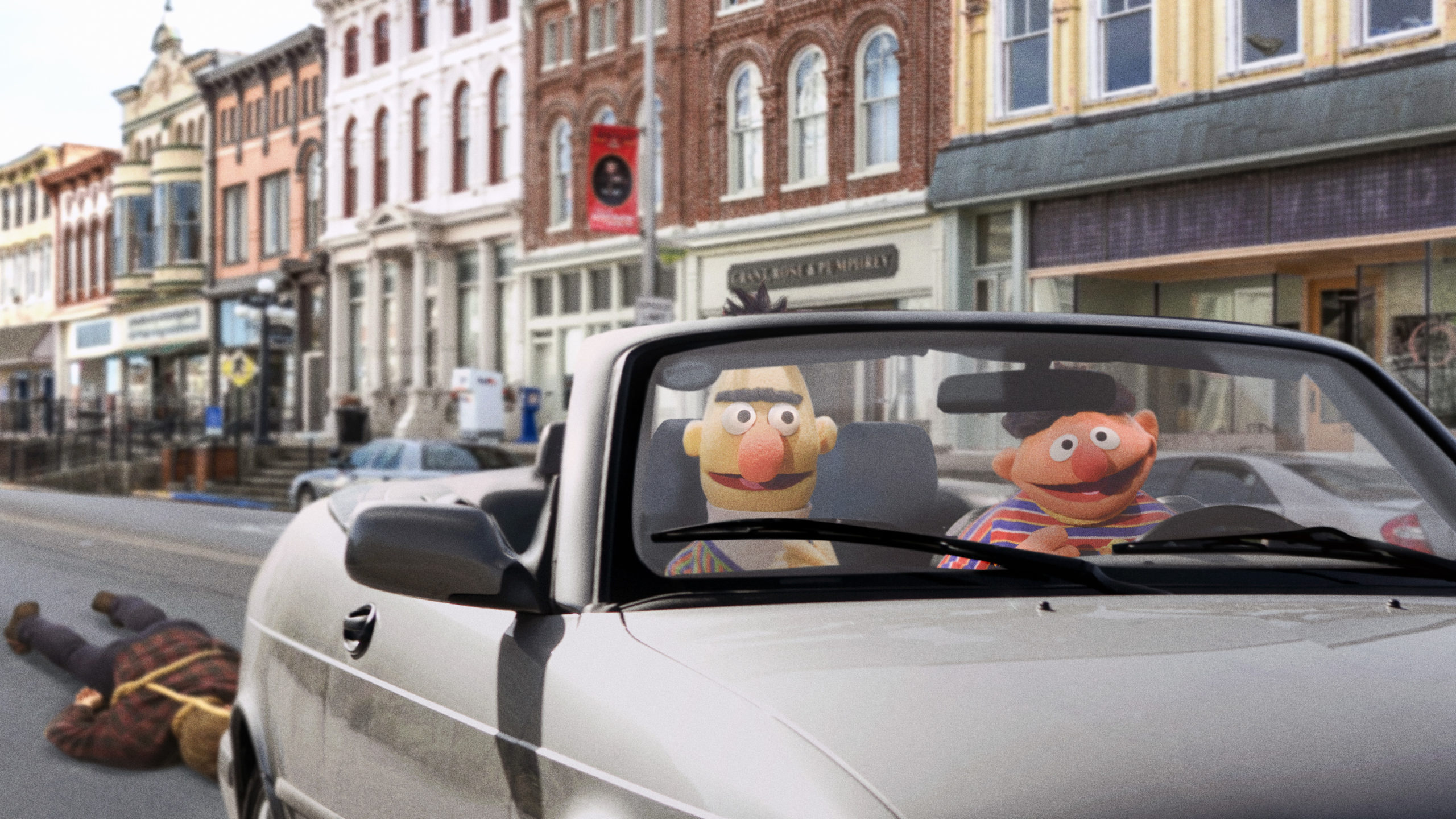 In its nearly 50 years on the air, Sesame Street has never shied away from exploring difficult topics in a way that kids can understand. While these efforts are often applauded, the show’s latest foray into controversial subject matter has many viewers asking: Did Sesame Street go too far when it showed Bert and Ernie dragging their human puppeteer dead behind the back of their car to teach children about mutiny?

Yikes. Judging from the backlash, it seems the show might have crossed a line with this one.

Parents all over America expressed outrage following yesterday’s Sesame Street episode, in which Bert and Ernie, fed up with decades of being yanked around on a human’s arm against their will, took a revolver from a cigar box beneath Gordon’s bed and ordered their longtime puppeteer to get on his knees before killing him with a single gunshot to the back of the head. Explaining that it’s sometimes okay to hurt a grown-up if you’re tired of living under their authoritarian rule, the duo then used a jump rope to tie their dead puppeteer to the back of a convertible they stole and proceeded to parade his bloodied corpse up and down the streets of the neighborhood, honking and shouting, “We’re in charge now! Yay!” as dozens of other Muppets gathered along the route and cheered.

This initial shocking segment was followed by several others centered on the same theme, including one in which a crying Big Bird is told that he doesn’t have to be sad about someone dying if the person is a tyrannical figurehead of an oppressive system. In another segment, Oscar the Grouch drags the corpse into his trash can so he can keep it all for himself, but then learns about the importance of sharing and eventually forfeits the bloated body to a frenzied mob of wild-eyed Muppets, who take turns hitting and spitting on it until Mr. Hooper eventually comes out and tells everyone it’s time to go to bed.

“While I understand that extrajudicial execution is a real thing that happens in life, I’d prefer my 4-year-old not see that kind of violence,” said Susan Giles, one of the many concerned parents who complained to HBO, adding that her daughter spent the entire day after the episode aired playing mutiny with her dolls. “And was it really necessary to leave the corpse on public display in the street for five days? I get that it segued neatly into the bit where the Count counts to five, but couldn’t you have come up with a less disturbing reason for him to start counting?”

Though Sesame Street released a brief statement this morning defending the educational value of the controversial episode, it seems to have done little to quell the outrage, as thousands of parents continue to express their anger at the show over social media. What do you think? Did Sesame Street handle the sensitive topic of mutiny in a tactful manner, or did it finally go too far this time? Let us know in the comments!