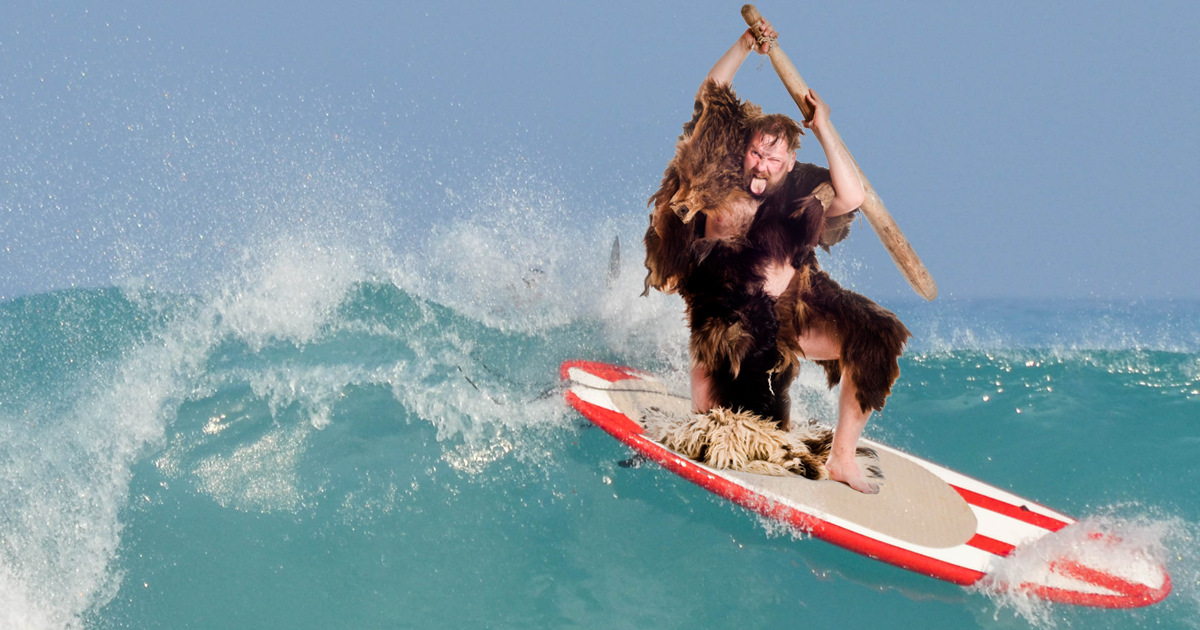 Humanity is running out of time in our battle against climate change, and sadly, we’re about to cross a catastrophic tipping point from which there may be no return: Rising Arctic temperatures will soon unfreeze a fun-loving caveman whose antics will only further exacerbate climate change.

It’s impossible to overstate the potential ecological consequences of this hard-partying little dude.

According to a sobering new paper in the scientific journal Nature, humanity may only have years or even months before temperatures in the Arctic become hot enough to melt the glacier containing Groog, a rambunctious Ice Age man whose feisty lust for life is all but certain to accelerate the rate at which our planet warms. The paper speculates that once his icy prison thaws enough for him to escape, it will likely only take hours for Groog to see his first airplane and mistake it for an enormous, mouthwatering bird, prompting him to ignite a record-setting wildfire to barbecue it for a raucous blowout feast with all his friends. In addition to releasing tons of carbon into the atmosphere, this initiating event will make Groog incredibly lonely when none of his caveman friends show up, leading him to try to forget his sorrows through a series of ever more outrageous hijinks at unthinkable cost to our environment.

The paper pulls no punches in laying out just how devastating Groog’s insatiable thirst for a good time will be to our planet, explaining in great detail how Groog will learn about surfing from an ad on the side of a bus and consequently destroy dozens of critical hydroelectric dams so he can hang ten off the resulting waves. It’s also likely that Groog’s outgoing nature and notoriety as an extreme surfer will make him an instant campus celebrity at a nearby college, where he’ll cause irreparable harm to the ozone layer by using can after can of aerosolized hairspray and deodorant in his attempts to woo a teaching assistant who bears an uncanny likeness to his former girlfriend Groogina. In one especially pernicious scenario, Groog may even end up inadvertently destroying years of research on carbon-capture technology in the process of evading campus security during an after-hours chase through the science labs due to a beer run gone wrong.

Yikes. As bad as climate change already was, it’ll only get worse with Groog in the mix.

“Once you unleash a caveman that boisterous into modern society, there’s no telling how many disastrous knock-on effects you’ll see in terms of the environment,” said Dr. Abigail Taffer, the lead researcher behind this alarming report. “He might cause massive oil spills to turn entire beaches into big fun Slip ‘N Slides, or joyride a bulldozer through ecologically vulnerable wetlands to try to flush out the mammoths he assumes are hiding in there. And while I don’t want to sound defeatist, if Groog is somehow able to return to the Arctic with a couple hundred cordless hair dryers to find and unfreeze the original Groogina, the next generation of Grooglets may be the nail in the coffin for life on earth as we know it.”

This is truly upsetting news. A rowdy caveman like Groog is the last thing we need with climate change as bad as it already is. Here’s hoping humanity can come together to mitigate as much harm as possible before this excitable prehistoric dude gets here!